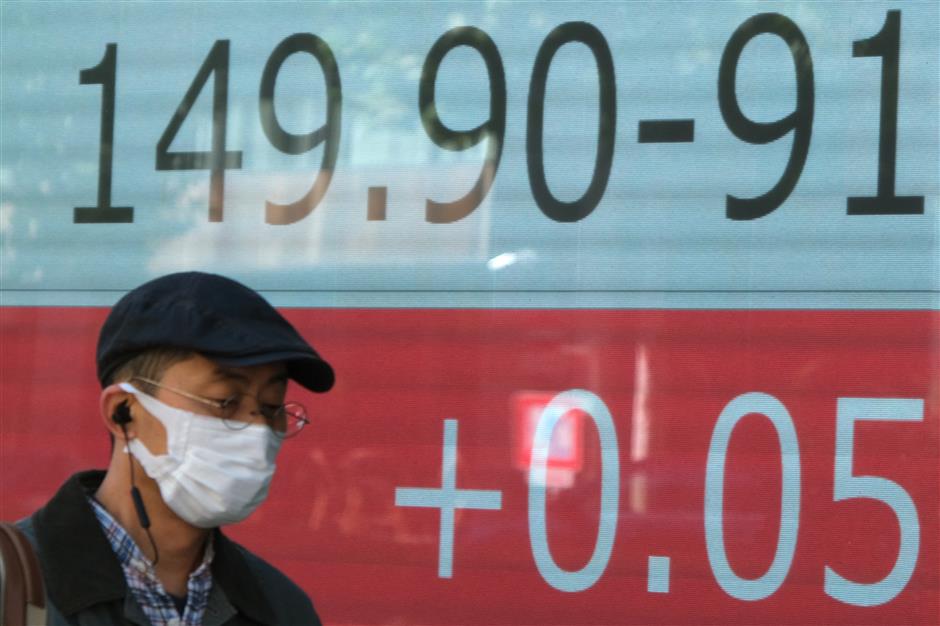 An electronic quotation board displays the yen's rate against the US dollar in Tokyo on October 20, 2022.

Japan logged a record trade deficit in the six months to September, owing to soaring prices for energy and raw material imports being further inflated by the yen's steep decline against the US dollar, the government said in a report on Thursday.

According to the Finance Ministry, the deficit stood at 11.01 trillion yen (US$73.43 billion) in the first half of fiscal 2022 since April, marking the biggest for any fiscal half-year period since record-keeping began.

In the same period, Japan had a trade surplus of 3.16 trillion yen with the United States, with exports increasing 22.8 percent to a record 9.11 trillion yen, while imports totaled 5.95 trillion yen, climbing 32.1 percent.

In September, Japan logged a trade deficit for the 14th straight month, at 2.09 trillion yen, with the country's imports increasing 45.9 percent, while exports were up 28.9 percent in value terms, the ministry said.