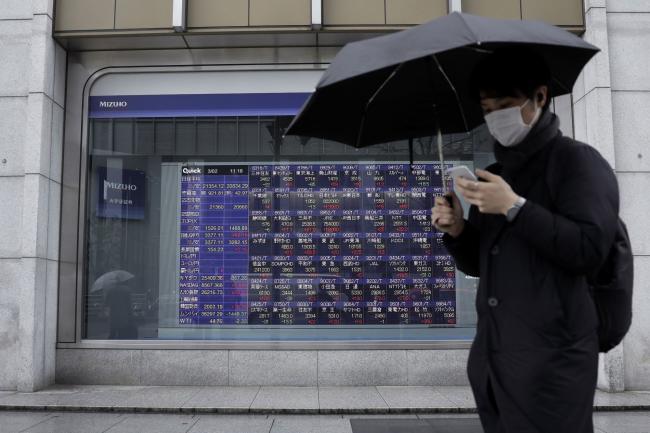 Among the new cases, 63 are linked to a mosque gathering in Sri Petaling, Kuala Lumpur during a religious event held from February 27 to March 1 that involved about 16,000 people and led to comfired infections outside Malaysia in Cambodia, Indonesia, Brunei, Singapore, Thailand and Vietnam. TOKYO, March 19 (Xinhua) -- The Bank of Japan (BOJ) bought 1.3 trillion yen (11.91 billion U.S. dollars) worth of government bonds on Thursday in an emergency market operation aimed at curbing the rise of long-term yields.

According to the BOJ, the emergency move amid recent volatility was intended to stabilize the debt market.

The central bank has been guiding the yield on 10-year government bonds at around zero percent as part of its ultra loose monetary policy.

Owing to expectations that the government's planned stimulus measures to cushion the economic blow of the coronavirus pandemic would lead to a surge in new bond issuance, the yields jumped as far as 0.070 percent Wednesday.

The BOJ on Monday decided to introduce additional monetary easing measures in a bid to stabilize financial markets amid the recent COVID-19-related financial turmoil and said it would expand its asset-purchase program through the increased accumulation of exchange-traded fund securities and corporate bonds.

The BOJ also announced a new policy enabling it to provide loans against corporate debt of about 8 trillion yen (73.37 billion U.S. dollars) as of the end of February as collateral at the interest rate of zero percent with maturity of up to one year.

The BOJ, however, opted not to plunge its short-term interest rates further into negative territory, past the current level of 0.1 percent, amid concerns such a move might diminish profits at commercial banks.

In coordination with other central banks in Europe and the United States, the BOJ earlier this week also provided 30.3 billion U.S. dollars to underpin markets in a three-month operation aimed at bolstering dollar financing.

As for the European Central Bank, it announced on Wednesday a 750 billion euro (814.38 billion U.S. dollars) asset purchasing program to help mitigate the downside economic effects to the single currency bloc caused by the coronavirus pandemic.