Japan's economy expanded in the final quarter of 2018 as the negative impact from a series of natural disasters over the summer receded, government data showed Thursday. 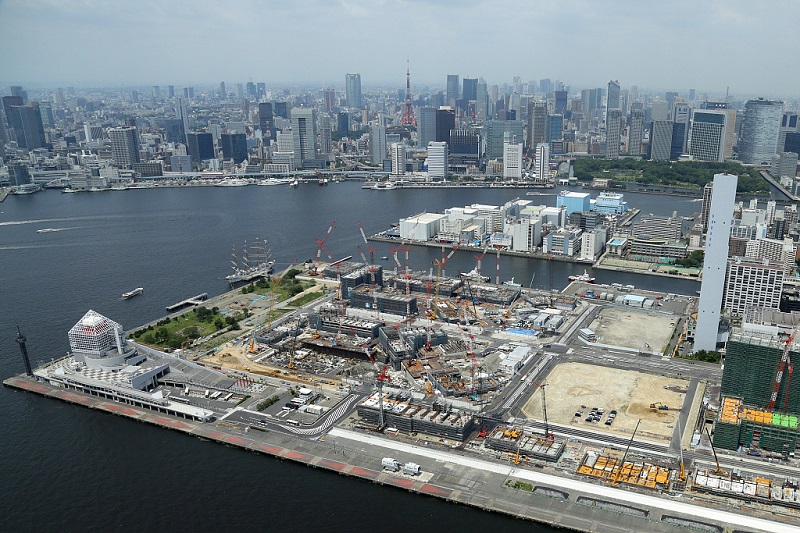 Harumi Pier, bottom, where the athletes' village for the 2020 Tokyo Olympic and Paralympic Games is under construction in Tokyo, Japan, Saturday, July 21, 2018. (File photos: VCG)

The world's third largest economy benefitted from a rise in domestic demand, including in corporate investment and household spending.

Gross domestic product for the last quarter of 2018 expanded 0.3 percent from the previous quarter, Cabinet Office data showed, after a 0.7 percent contraction in the quarter before.

The growth was slightly below the 0.4 percent that had been forecast by experts.

The largest driver of the rise -- an annualised rate of 1.4 percent -- was corporate investment, which rose 2.4 percent after a sharp contraction in the previous quarter.

But while domestic demand rose, weak exports offset some of positive factors, the Cabinet Office said.

"But exports, while positive, were weak and not enough to recover to the level before the previous quarter," he said.

The continued weakness in exports was a result in part of a slowdown in overseas economies, especially China and Southeast Asia, he said.

"We should keep watching overseas economies as the negative impact from the (US-China) trade war may become evident," he said.

The growth came after a dip following a string of natural disasters last summer, including massive flooding in western regions due to torrential rain, a typhoon that inundated a major international airport, and an earthquake in the north that disrupted supply lines.

The temporary closure of the Kansai International Airport led to a fall in tourism and overseas shipments.