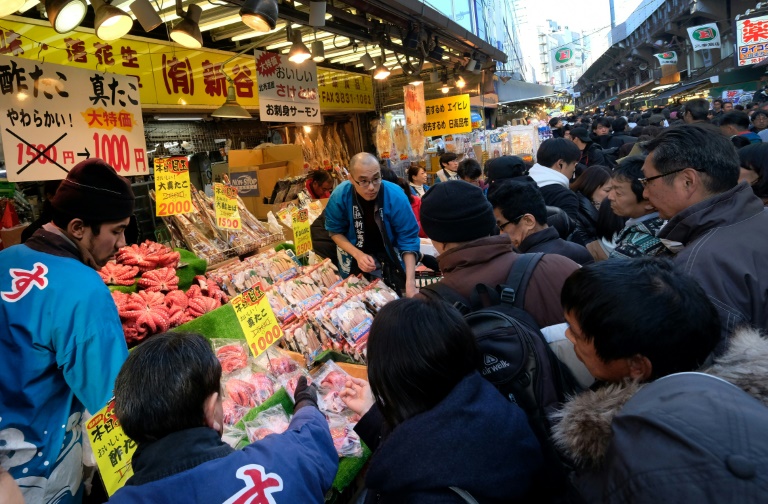 There are still some concerns over consumption in Japan. (Photo: AFP)

Japanese GDP expanded a better-than-expected 0.5 percent in the first quarter of this year, official data showed Monday, although analysts cautioned that the world's third-largest economy was still facing headwinds.

It was the second successive expansion for the Japanese economy after growth of 0.4 percent in the fourth quarter of last year.

The results defied gloomy expectations by analysts who predicted a small decline at the start of 2019, but some economists warned that signs of weakness remained beneath the positive headline figure.

"The headline figures were unexpectedly good but if you take a closer look, the data was not something we should be pleased about," said Takeshi Minami, chief economist at Norinchukin Research Institute.

"Rather, the data clearly showed weak points in the economy with poor consumption and corporate investment on plants and equipment," he told AFP.

Net exports contributed strongly to the latest growth figures -- but only because the fall in imports outweighed a decline in exports, according to the data from the Cabinet Office.

"There is no clear sign of a bottoming out in exports, production, and business confidence, and so I don't think we can be optimistic about the future of the economy," said Yoshiki Shinke, chief economist at Dai-ichi Life Research Institute.

Nevertheless, the better-than-expected figure pushed up the Tokyo stock exchange, with the main Nikkei index rising 0.74 percent at the open.

The latest data was being closely watched amid speculation that weak growth could prompt Prime Minister Shinzo Abe's government to postpone a planned sales tax hike for the third time.

With global economic uncertainties, some suspect Abe plans to shelve the increase in the VAT-like tax from eight percent to 10 percent, previously expected in October.

Speculation is also mounting that he could use this decision to call a snap election over the summer, combining it with upper house elections.

However, the strong headline GDP figure may dampen the speculation.

"For those who want to implement the tax hike as scheduled, today's data is a tailwind," Shinke told AFP.

Major Japanese business organisations support going ahead with the planned tax hike, and top government spokesman Yoshihide Suga has recently said the government will carry out the plan unless a crisis on the level of the 2008 financial meltdown happens.

The previous sales tax hike to eight percent, from five percent, in 2014 hit consumption and was blamed for a slump in the Japanese economy.

Despite the surprisingly good headline number, forward-looking indicators are increasingly suggesting troubled times ahead for the former economic powerhouse.

The use of the expression, the weakest in the five-scale system for assessing the index, suggests that Japan may be facing a recession, analysts said.

And late last month, the Bank of Japan revised down its estimate for growth, also saying Japan would fail to hit its two percent inflation target even by 2020.

There is mounting gloom on the corporate side as well, with a survey by the Nikkei daily showing Japanese companies are expected to log a second straight decline in full-year profits for the current fiscal year.