TOKYO, July 21 (Xinhua) -- Japan's exports in the first half of 2021 increased by 23.2 percent from the previous year, logging the largest year-on-year growth in 11 years, revealing the global economic rebound from the recession caused by the COVID-19 pandemic, according to government data, local media reported Wednesday. 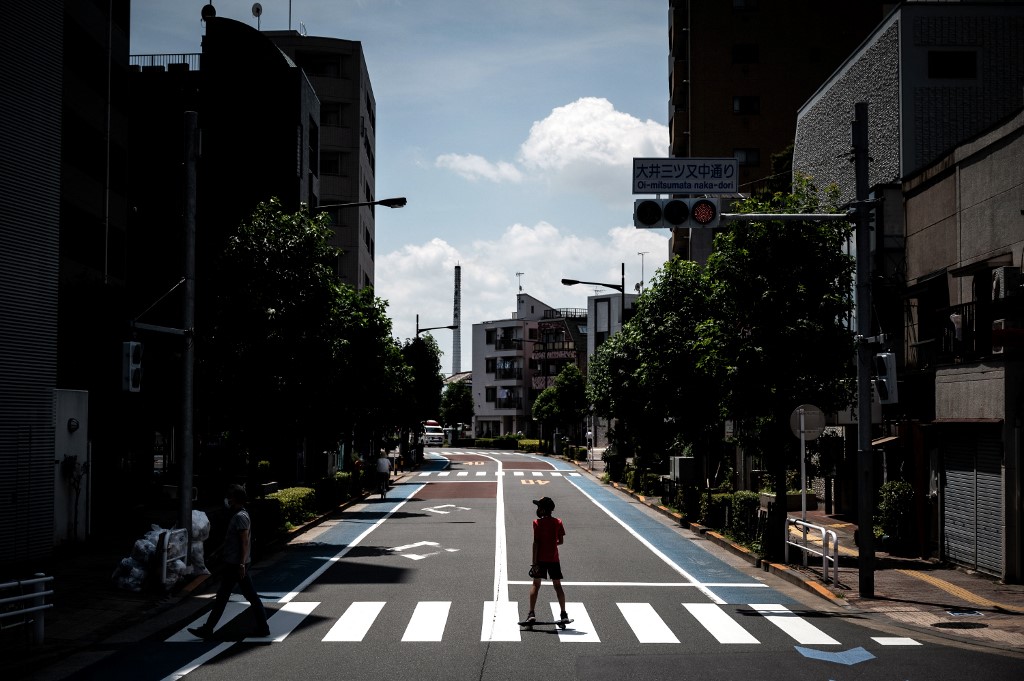 A picture taken from an olympic media bus shows a child riding a skate board in a Tokyo street on July 20, 2021, three days ahead the opening ceremony of the Tokyo 2020 Olympic Games. (Photo: AFP)

The rise was the sharpest on a half-year basis since the previous 37.9 percent jump recorded in the first half of 2010 when the world economy was recovering from the global financial crisis, said a preliminary report by the Finance Ministry.

Japan's exports for the six months through June were stimulated by a 32.8 percent climb in car shipments as well as a 38.8 percent jump in exports of auto parts.

Imports also rose 12.2 percent from a year earlier to 38.87 trillion yen, the largest rise since the 15.9 percent climb in the second half of 2017, indicating a rebound in crude oil prices and a recovery in domestic consumption.

As a result, Japan showed a goods trade surplus of 984.99 billion yen in the January-June period, the second straight half-year period of black ink.

All figures were compiled on a customs-cleared basis. (1 U.S. dollar equals 109.9 Japanese yen)