Japan's industrial output drops 3.6 pct in June, biggest slide in over a year

TOKYO, July 30 (Xinhua) - Japan's factory output dropped in June from a month earlier, the government said in a report on Tuesday. 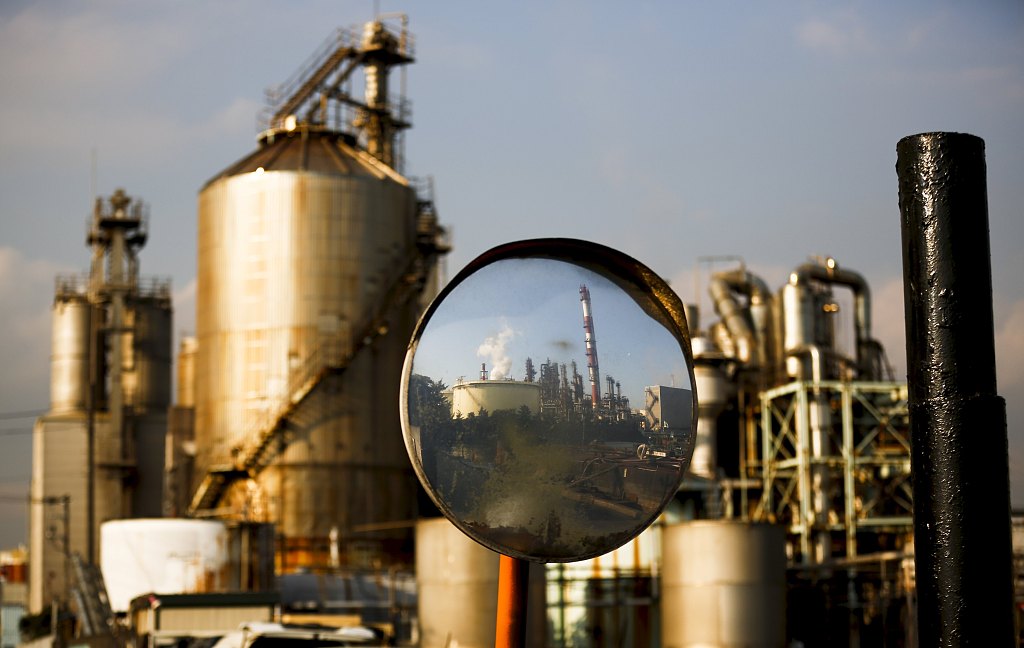 A factory is reflected in a traffic mirror at the Keihin industrial zone in Kawasaki, south of Tokyo, November 30, 2015. (File photo: VCG)

According to the Ministry of Economy, Trade and Industry (METI), industrial output here declined 3.6 percent in June.

The decline in factory output here in June marks the biggest drop since January 2018, the trade ministry said, with the slide more than double that expected by leading economists.

The drop in June follows a 2.0 percent increase in May and a 0.6 percent rise in April, according to the ministry's statistics.

METI, however, maintained its assessment that production "fluctuates indecisively," with a ministry official attributing June's decline in production to output in the previous months beating initial estimates, despite an extended Golden Week string of national holidays, when manufacturers would not have been working.

"We don't believe there is a downward trend, though there isn't an upward trend either," the ministry official was quoted as telling a press briefing on the matter Tuesday.

The ministry also said in its preliminary report that the seasonally adjusted index of output at factories and mines stood at 101.1 against the 2015 base of 100, marking its lowest level since January 2007.

Most notably, production in the reporting period of desktop computers and equipment used to make display panels used in TVs and smartphones, as well as the production of cars and engines, declined significantly, METI's data showed.

For the time being, the subpar data comes as overseas demand for Japanese products has waned amid a possible slowdown in economic growth partly attributable to ongoing trade issues.

The index of industrial shipments, to this extent, dropped 3.3 percent to 100.6, in the reporting period, the ministry said.

On the domestic front, ahead of a consumption tax hike from eight to 10 percent in October, some manufacturers are being squeezed by business spending being reined in by some companies ahead of the hike to create a buffer to deal with any negative fallout from the increased tax.

This will also increasingly be seen from households and individual consumers in the months ahead, economists here said, based on the patterns of previous consumption tax hikes, where purse strings were tightened demonstrably.

Inventories, meanwhile, were up 0.3 percent to 104.6 in the recording period, the ministry's data set also showed.

Manufacturers surveyed by the ministry said that looking ahead, however, they expect factory output to rise 2.7 percent in July and increase 0.6 percent in August.