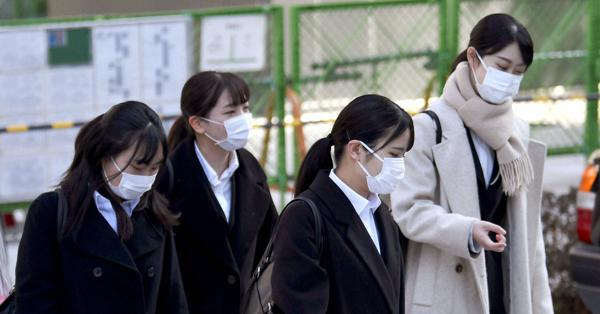 TOKYO, March 31 (Xinhua) -- Japan's unemployment rate was unchanged from the previous month in February at 2.4 percent amid an ongoing labor crunch, with the fallout from the coronavirus outbreak yet to impact the figures, the government said in a report on Tuesday.

According to the Ministry of Internal Affairs and Communications, the number of unemployed people in the recording period on a seasonally adjusted basis stood at 1.66 million, rising by 20,000 people or 1.2 percent from a month earlier.

The statistics bureau noted an increase in people who left their jobs on an involuntary basis in the recording period.

The ministry opted to maintain its view on the nation's unemployment situation, stating that it "has been steadily improving."

Unadjusted for seasonal factors, those in employment increased for an 86th straight month in the recording period, rising by 350,000 to 66.91 million people, the ministry said.

Females in employment comprised 29.73 million of the total, rising by 280,000 compared to the previous year, the ministry added.

Separate data from the Ministry of Health, Labor and Welfare also showed Tuesday that the availability of jobs stood at 1.45, edging down from 1.49 in January.

This translates to there being 145 job openings for every 100 people seeking work.

The figure reflects Japan's ongoing labor crunch which is being perpetuated by a population that is rapidly aging and simultaneously shrinking.

Japan's demographic crisis, as far as the labor market is concerned, means that there are increasingly less numbers of working-age people as the crisis is hollowing out the nation's primary workforce.