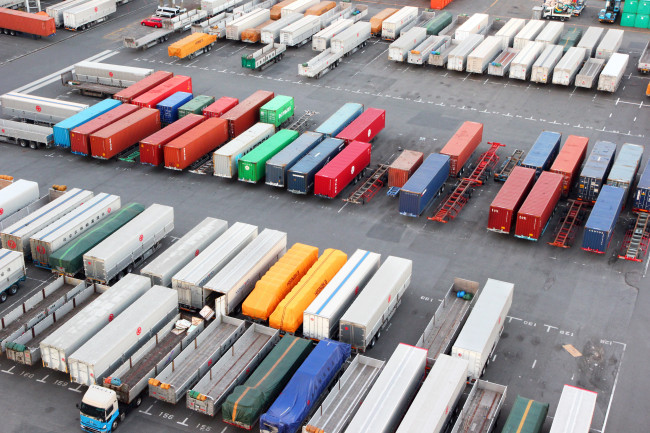 Officials from Japan and South Korea held working-level talks in Tokyo on Friday about tighter export controls that Japan has imposed since last week on some high-tech materials.

Japan maintained that the tighter controls on some tech-related materials being exported to South Korea were based on issues of national security.

Seoul, meanwhile, called the tightening of controls a retaliatory move by Tokyo connected to an ongoing wartime labor dispute.

Japan's top government spokesperson Chief Cabinet Secretary Yoshihide Suga on Friday told a press briefing on the matter that the working-level talks were not intended to include negotiations on the issue.

Under the new restrictions, Japanese manufacturers will have to file individual applications for exports to South Korea of fluorinated polyimide, resist and hydrogen fluoride that are often used in high-tech products like smartphones and TV displays, as well as semiconductors, mainstays of South Korea's economy.

Suga previously stated that the Japanese government was prepared to respond to questions from South Korea's export control authorities, as they sought to check the facts on the issue, although Japan has said it has no plans to withdraw the steps it has taken.

Tokyo believed Seoul has not cooperated in trying to resolve the issue bilaterally, or by the way of the establishment of an arbitration panel involving a third party.

Japan maintained that the tighter export controls were not a retaliatory measure against South Korea, but said that Seoul has failed to show a satisfactory solution to the ongoing wartime labor dispute.

South Korea's top court earlier ordered some major Japanese firms to compensate South Korean plaintiffs over forced wartime labor during Japan's 1910-1945 occupation of the Korean Peninsula, with lawyers being allowed to seize the assets of some Japanese firms, raising the ire of the Japanese side.

Japan claimed the rulings were not in line with international law and ran contrary to the foundation of friendly and cooperative relations between the two neighbors since the 1965 normalization of diplomatic ties.

In June, South Korea proposed that companies from both countries fund compensation for the plaintiffs, but Japan spurned the proposal for further dialogue on the matter in this direction.