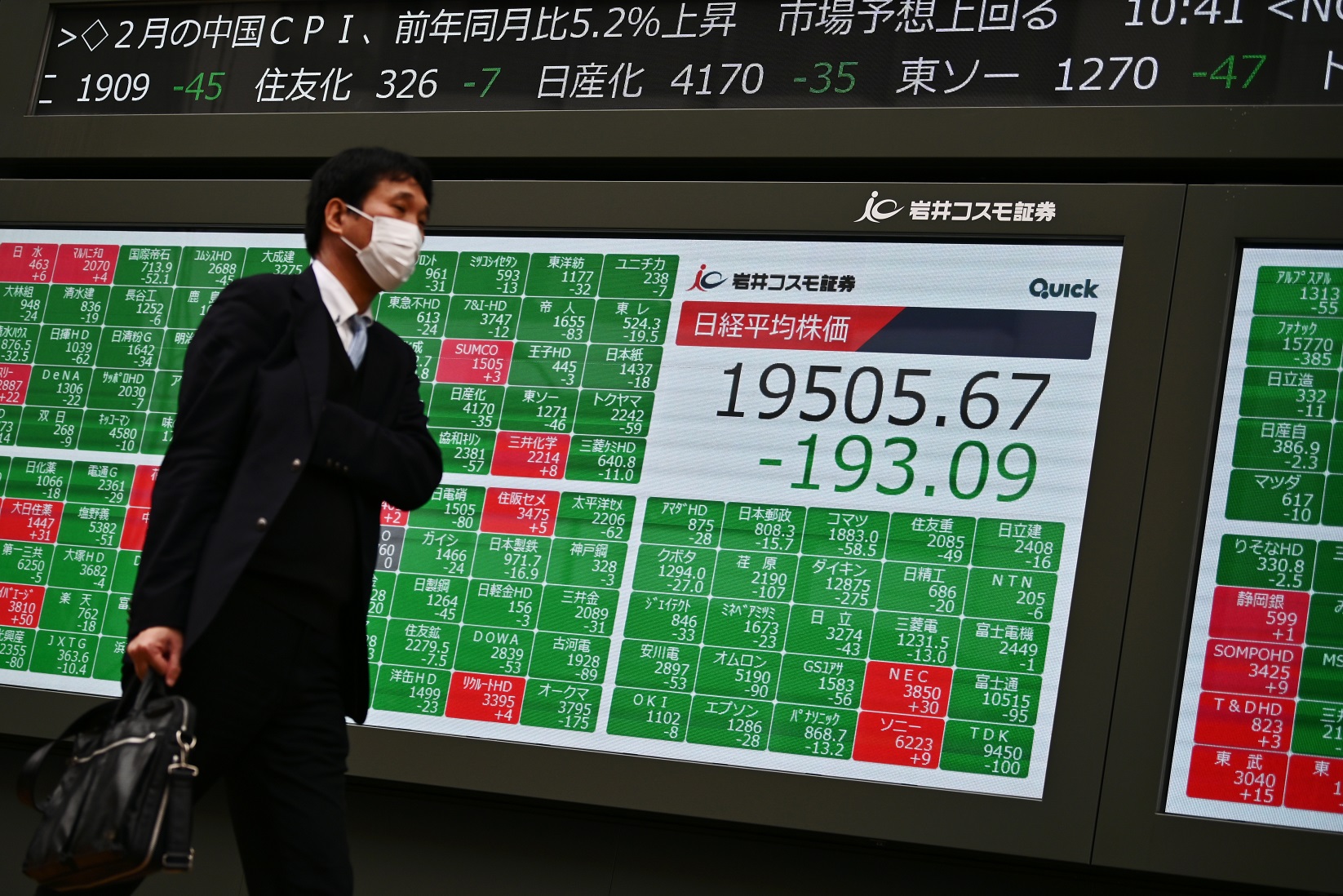 The benchmark Nikkei 225 jumped nearly two percent in the minutes after the central bank announced it would follow its counterparts around the world in an attempt to shore up sentiment as the new coronavirus outbreak raises fears of a global recession.

The Japanese markets had been virtually flat before the announcement from the BoJ, which brought forward a two-day meeting it was scheduled to hold from Tuesday to take emergency action.

The BoJ said it would also introduce a new operation to provide loans against corporate debt and raised its annual limit for corporate bond purchases by one trillion yen to 4.2 trillion yen.

But it left its main interest rate unchanged at minus 0.1 percent and also kept its upper limit for purchasing government bonds at 80 trillion yen.

It warned in a statement of "significant uncertainties over the consequences of the outbreak of COVID-19."