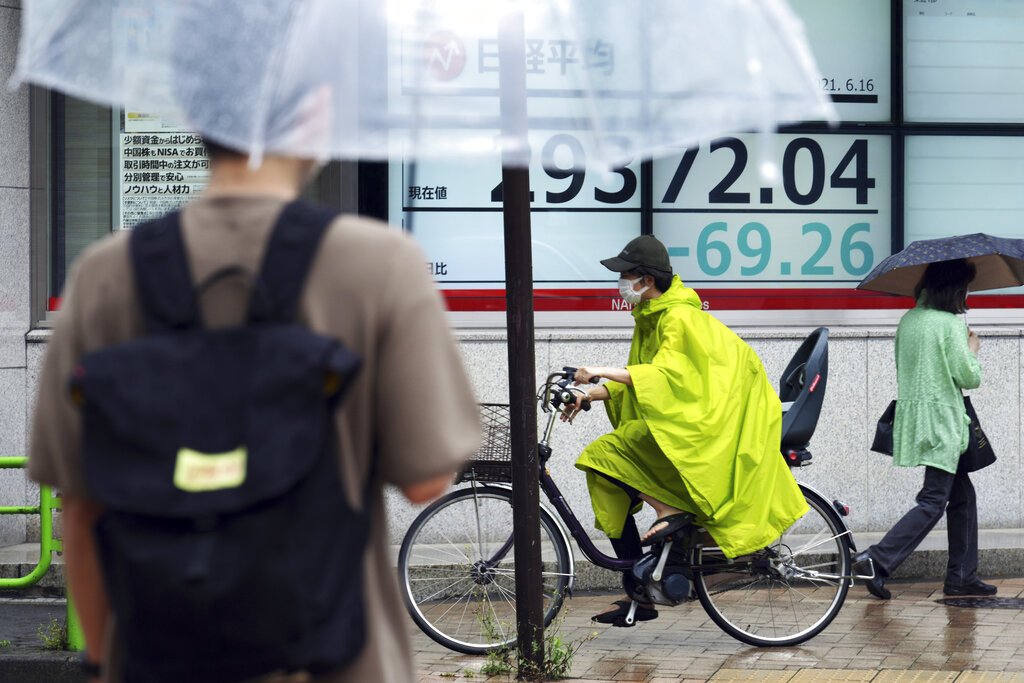 A person wearing a protective mask rides a bicycle in front of an electronic stock board showing Japan's Nikkei 225 index at a securities firm in the rain Wednesday, June 16, 2021, in Tokyo. (Photo: AP)

Brokers here said that Wall Street lost ground overnight ahead of the Fed's policy meeting as inflation concerns have sparked some jitters about the central bank tapering its stimulus measures early.

They added however that cyclical issues such as shipping firms fared well on hopes for the full reopening of the economy as vaccination rollouts, including Japan's, gather steam.

"Many investors are holding their bets as they await the outcome of the Federal Reserve meeting, but cyclical stocks that are set to benefit in the post-pandemic era are solid," Yutaka Miura, senior technical analyst at Mizuho Securities, was quoted as saying.

Other strategists noted that following the market's two-day rally some stocks were ripe for profit-taking amid a lack of other definitive cues and uncertainty ahead of the Fed's meeting.

"Investors were unable to make large moves as they adjusted positions ahead of the Fed meeting, although some moved to lock in gains after a two-day rally," Toshikazu Horiuchi, equity strategist at IwaiCosmo Securities Co., was quoted as saying.

He added, however, the Fed moving to taper its stimulus measures earlier than expected was unlikely. 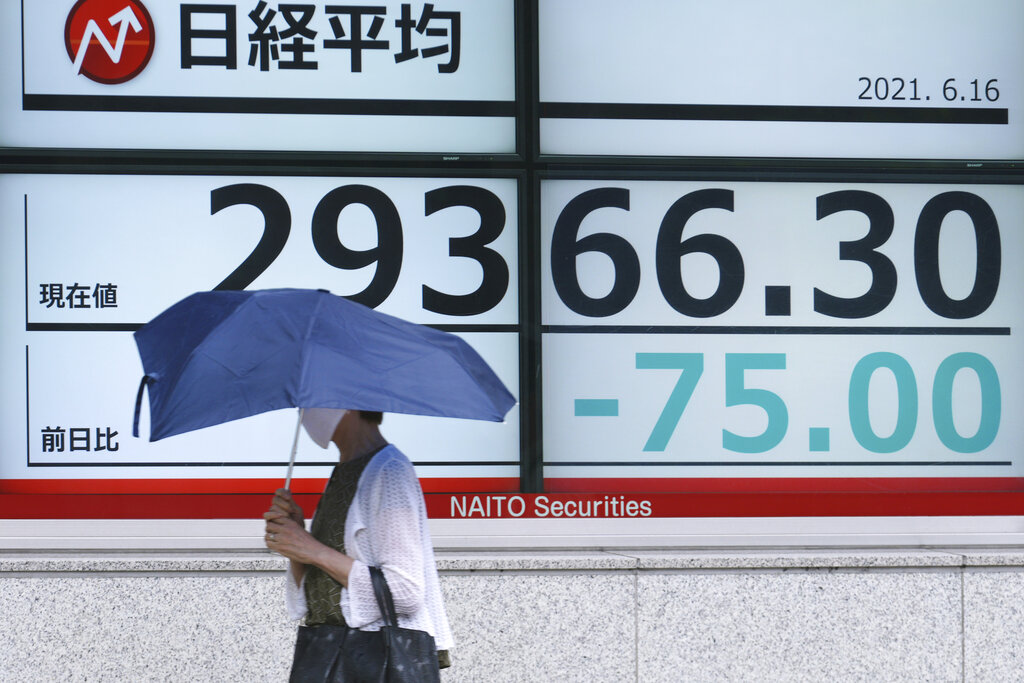 A woman wearing a protective mask walks in front of an electronic stock board showing Japan's Nikkei 225 index at a securities firm in the rain Wednesday, June 16, 2021, in Tokyo. (Photo: AP)

Issues sensitive to domestic demand found favor on hopes the increased pace of Japan's vaccination rollout will lead to a quickening of the country's economic reopening.

Issues that rose outpaced those that fell by 1,213 to 876 on the First Section, while 105 ended the day unchanged.