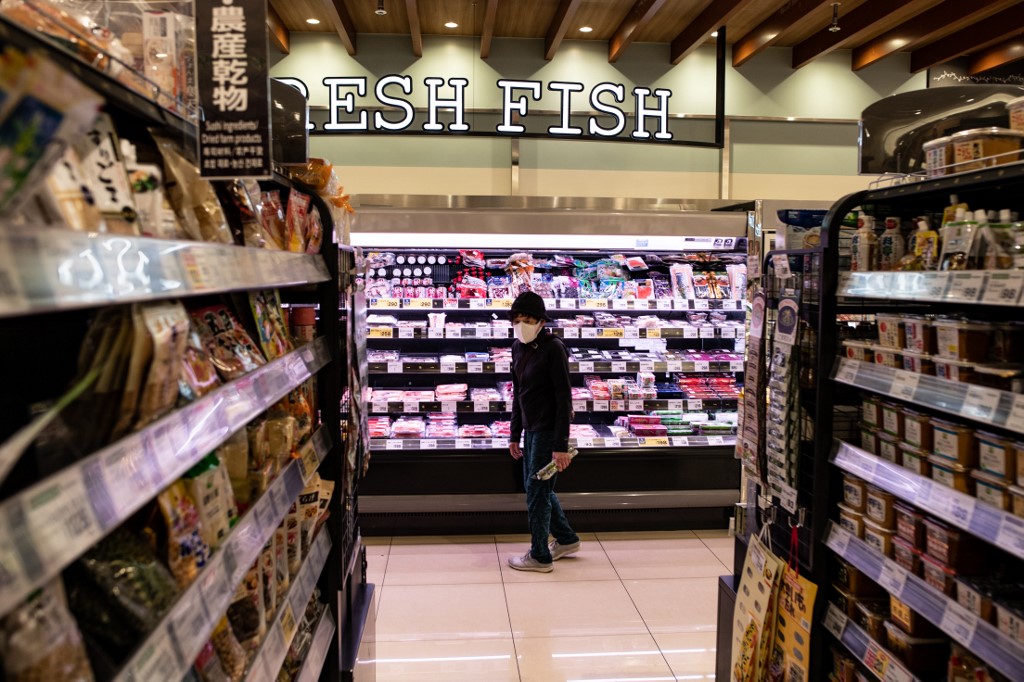 A customer wearing a face mask shops in a supermarket in Tokyo on April 23, 2020. (Photo: AFP)

TOKYO, Oct. 21 (Xinhua) -- Japan's supermarket sales fell 4.6 percent from a year earlier on a same-store basis in September, marking the first drop in five months, the Japan Chain Stores Association said in a report on Wednesday.

According to the association, during the recording period consumers notably spent less while shopping in supermarkets owing to there being no signs of a let up in the novel coronavirus pandemic both domestically and globally.

Specifically, the association said that of almost 11,000 supermarkets operated by 56 companies, sales totaled 1.02 trillion yen (9.6 billion U.S. dollars), with outlays on electrical appliances notably declining from a year earlier, partly due to last minute shopping prior to the consumption tax hike from 8 to 10 percent on Oct. 1.

With more people staying at and working from home, the association said that consumers spent 23.5 percent less on clothes, with household products, home appliances and pharmaceuticals also seeing significant declines in spending in the recording period.

The prospect of lower or zero bonuses for workers this winter due to companies' bottom lines suffering from the downside elements of the novel coronavirus, also factored into consumers spending less during their supermarket visits, the association said.

"Consumers are increasingly concerned about the future and are expected to continue saving their money," a senior official of the association was quoted as saying.

Sales on food marked a bright spot however, the association said, with consumers spending 1.0 percent more in September from a year earlier, with sliced vegetables and sashimi finding particular favor.