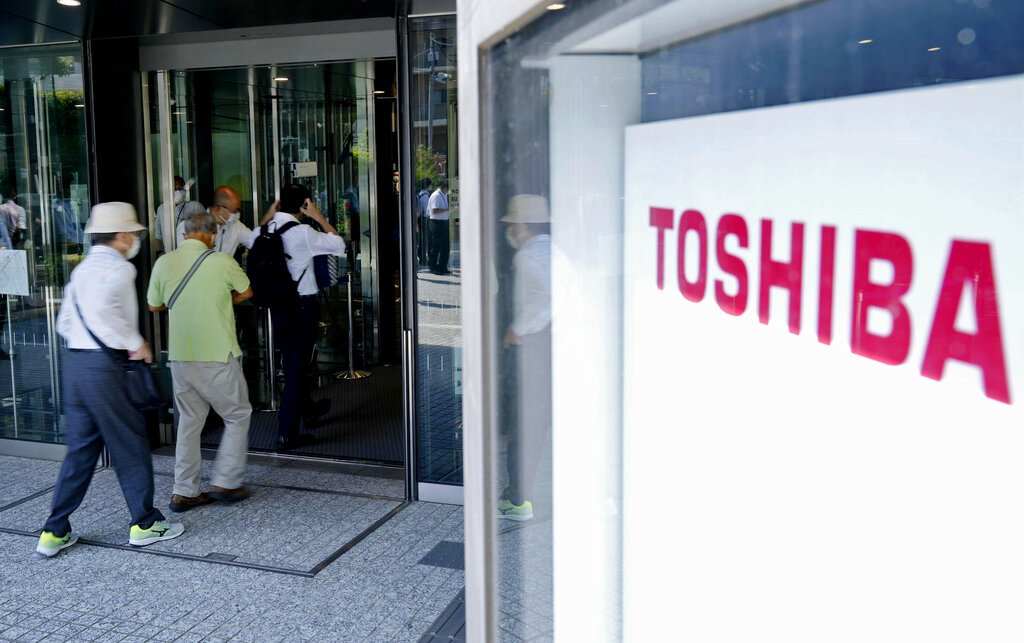 Toshiba shareholders approved 13 nominated directors to its board Tuesday, as the Japanese technology giant struggles to restore its one-time glory and set a clear leadership direction.

Chief Executive Taro Shimada, who oversaw the annual shareholders’ meeting in Tokyo, said the majority had voted to OK that plan.

He promised shareholders Toshiba Corp. would forge ahead with clean energy, infrastructure projects, data services, devices and storage. He stressed the Tokyo-based company had boosted profits for the latest fiscal year, ended in April, to 194.7 billion yen ($1.4 billion), up from 114 billion yen the previous fiscal year.

During the question-and-answer session, several shareholders got up to express concern about the future of Toshiba, saying its management appeared confused and its brand image negative.

Toshiba has been studying privatization as it tries to move ahead with the latest restructuring plan. Some potential investors are recommending Toshiba go private. At the meeting, several shareholders said they opposed privatization because Toshiba was involved in public works projects that widely affect society.

Toshiba has also set up a special committee to oversee the restructuring efforts, headed by Jerry Black, who joined the board as an outside director in 2019. Black, who has extensive experience in Japanese management, also spoke at the shareholders’ meeting, stressing his commitment to bring back a strong Toshiba.

In March, investors rejected a company-backed reform proposal to split Toshiba into two businesses. An earlier plan that also was scrapped had called for a three-way split.

The options will now be narrowed, and there was no clear indication at Tuesday’s shareholders’ meeting. But speculation is rife the bid will move forward because of the addition of those more likely to push for such a move, including Eijiro Imai, who works with Farallon Capital Japan, and Nabeel Bhanji, with Elliott Investment Management, a major investor in Toshiba.

Toshiba, founded about 150 years ago, has been struggling since the Fukushima nuclear disaster in March 2011. An earthquake and tsunami damaged a nuclear plant in northeastern Japan, sending three reactors into meltdowns and spewing radiation over an area that’s still partly a no-go zone. Toshiba is involved in decommissioning the damaged plant, which will take decades.

Former chief executive Satoshi Tsunakawa, who tried to lead Toshiba through reforms in recent years, has been replaced by Shimada, formerly with Siemens.