Japan's unemployment rate climbs for 3rd straight month in May 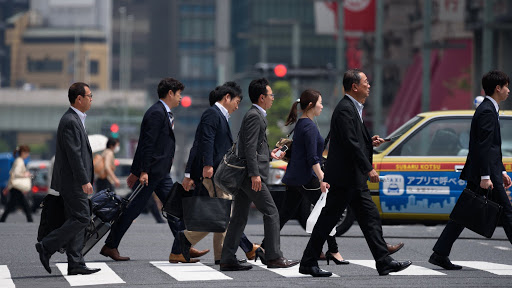 TOKYO, June 30 (Xinhua) -- The unemployment rate in Japan increased in May from a month earlier, as the coronavirus pandemic led to firms laying off staff as businesses stalled during the government's state of emergency period declared over the pandemic, the government said in a report on Tuesday.

According to the Ministry of Internal Affairs and Communications, Japan's unemployment rate climbed to 2.9 percent in the recording period, with the figure coming on the heels of a 2.6-percent increase logged a month earlier and marking the third consecutive month that the jobless rate here has increased.

The government declaring a state of emergency over the outbreak of the coronavirus in April saw businesses shutter operations and the public requested to refrain from making nonessential trips outdoors in a bid to prevent the further spread of the virus.

During the emergency period through May 25, the job market suffered commensurate with business suspensions and projections for restructuring measures needed following companies' heavy losses.

Meanwhile, the Ministry of Health, Labor and Welfare also said Tuesday that the job availability ratio in Japan stood at 1.20 in May, dropping from a ratio of 1.32 booked in April, marking the the steepest month-to-month fall since January 1974, when a record 0.20 point drop was logged following the global oil crisis.

The ratio equates to there being 120 job openings for every 100 people seeking work, with the availability rate deteriorating to its lowest level since July 2015, the ministry's data showed.

"The employment situation is severe, with the number of job offers continuing to fall sharply and the number of job seekers increasing at the same time," Japanese labor minister Katsunobu Kato told a press briefing on the matter.