Japan wants to ban sales of new petrol cars in around 15 years' time as part of efforts to reach carbon neutrality by 2050, reports said Thursday. 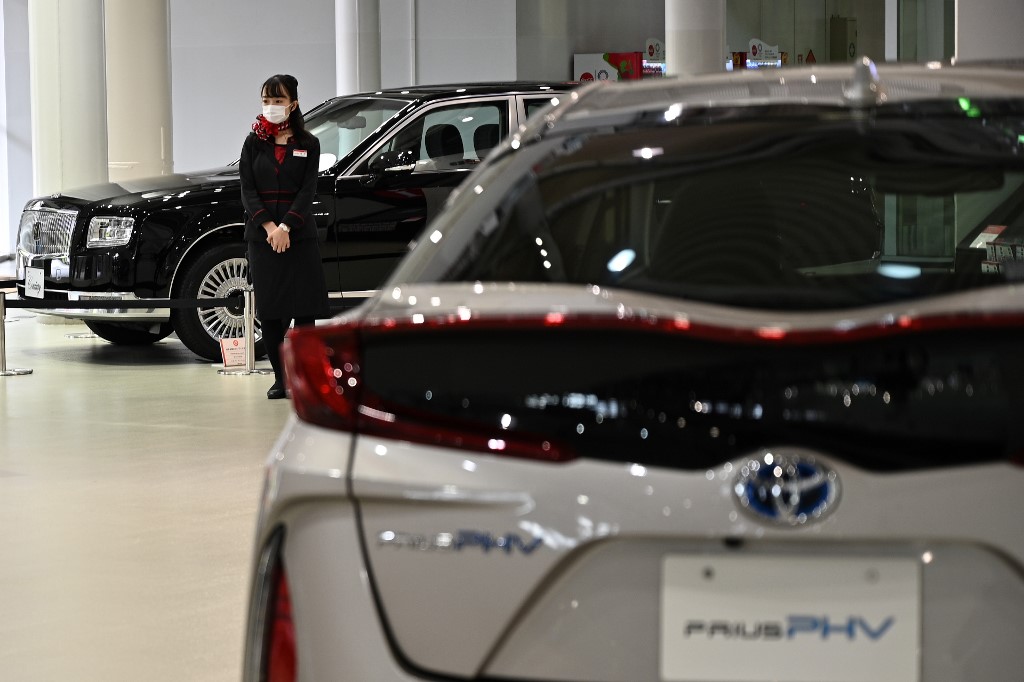 A staff member stands at a Toyota showroom in Tokyo on November 6, 2020. (File photo: AFP)

The new policy could be announced as soon as next week, building on an existing push to promote electric and hybrid vehicles, the Mainichi Shimbun said without citing sources.

Prime Minister Yoshihide Suga in October set a 2050 deadline for Japan to become carbon-neutral, prompting big companies to draft plans on how to curb their CO2 emissions.

The move has been welcomed by activists and the UN, but Japan is still heavily reliant on fossil fuels and the government has not yet laid out details of how it will achieve this.

In September, California announced a goal for all passenger vehicles sold in the US state to be zero-emission by 2035.

Britain meanwhile has set a more ambitious target, aiming to ban sales of petrol and diesel vehicles by 2030.

Japanese economy and trade ministry officials were not immediately available for comment.