Japan stocks plunge, other Asia markets fall after US losses 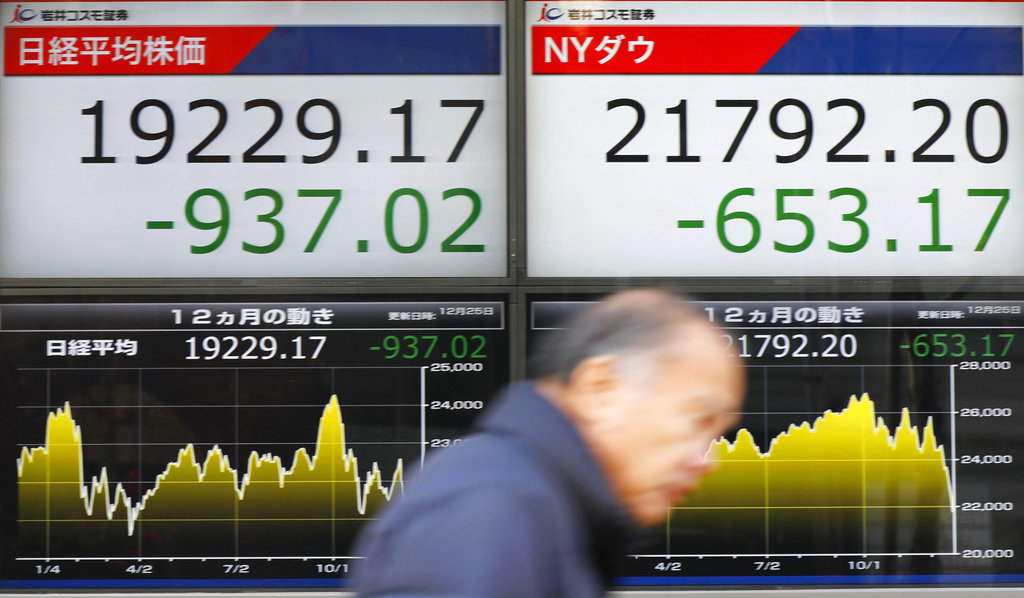 A man walks past the day's losses, of Nikkei stock index, left, and of the Dow Jones Industrial Average, right, on an electronic stock board at a securities firm in Tokyo, Monday, Dec. 25, 2018. (Photo: AP)

Markets in Hong Kong, Australia and South Korea were closed for Christmas.

Wall Street indexes fell more than 2 percent on Monday after Trump said on Twitter the Federal Reserve was the U.S. economy's "only problem." Efforts by Treasury Secretary Steven Mnuchin to calm investor fears only seemed to make matters worse.

US stocks are track for their worst December since 1931 during the Great Depression.

The market has been roiled by concerns about a slowing global economy, the trade dispute with China and another interest rate increase by the Fed.

Trump's Monday morning tweet heightened fears about the economy being destabilized by a president who wants control over the Fed. Its board members are nominated by the president, but they make decisions independently of the White House. The board's chairman, Jerome Powell, was nominated by Trump last year. 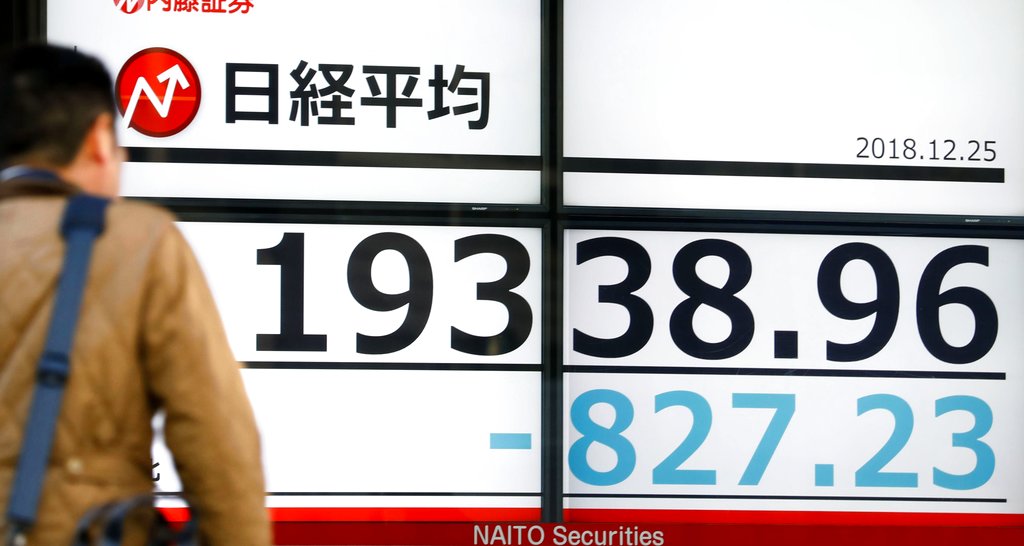 A man looks at Monday's loss of Nikkei stock index on an electronic stock board at a securities firm in Tokyo, Monday, Dec. 25, 2018.(Photo: AP)

"The only problem our economy has is the Fed," the president said on Twitter. "They don't have a feel for the Market, they don't understand necessary Trade Wars or Strong Dollars or even Democrat Shutdowns over Borders. The Fed is like a powerful golfer who can't score because he has no touch — he can't putt!"

The Standard & Poor's 500 index slid 2.7 percent to 2,351.10. The benchmark index is now down 19.8 percent from its peak on Sept. 20, close to the 20 percent drop that would officially mean the end of the longest bull market for stocks in modern history — a run of nearly 10 years.

On Sunday, Mnuchin made a round of calls to the heads of the six largest US banks, but the move only raised new concerns about the economy.

Most economists expect US economic growth to slow in 2019, not slide into a full-blown recession. But the president has voiced his anger over the Fed's decision to raise its key short-term rate four times in 2018. That is intended to prevent the economy from overheating.