Japan is imposing restrictions on exports to South Korea, citing a decline in "relations of international trust" between the Asian neighbors. 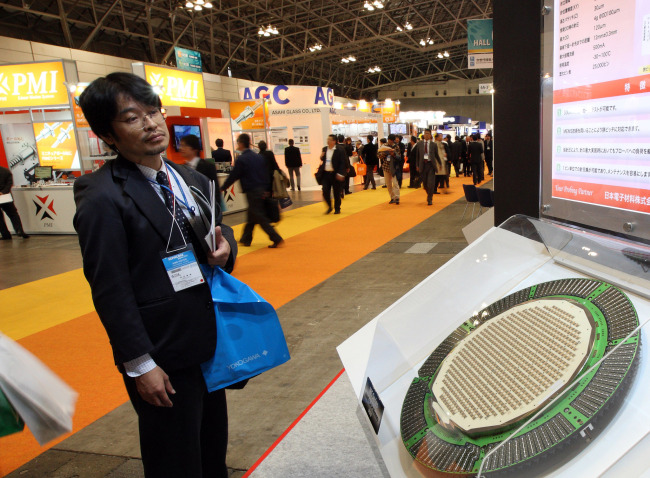 The Ministry of Economy, Trade and Industry said a review soliciting public comments starts Monday on the move to effectively remove South Korea from a list of so-called "white nations," like the US and European nations, that have minimum restrictions on trade.

Starting Thursday, Japanese manufacturers must apply for approval for each technology-related contract, such as sales of fluorinated polyimides used for displays, the ministry said.

The statement did not say what exactly was behind the decision. But relations have soured since South Korea's Supreme Court ordered the seizure of local assets of a Japanese company after it refused to compensate forced laborers during World War II.

South Korea's trade ministry said Monday it will "sternly" deal with the Japanese move, calling it an "unjust" action that violates rules of the World Trade Organization.

South Korea "thinks this Japanese measure is regrettable," Park Tae-sung, a senior official at the Ministry of Trade, Industry and Energy, told reporters in South Korea.

He said a thorough analysis is required to study what impact the Japanese measure would have on South Korean exports of semiconductors.

The change would mean the approval process will be delayed for such products, where Japan is a significant supplier.

Before the latest move, the exports required only a single encompassing approval process. Now the ministry approval will be delayed on average by 90 days, a ministry official said, speaking on customary condition of anonymity.

In a landmark ruling in October, South Korea's top court ordered Nippon Steel & Sumitomo Metal Corp. to pay 100 million won ($88,000) each to four plaintiffs forced to work for the company when Japan colonized the Korean Peninsula from 1910-45.

But the company refused, siding with Japan's long-held positon that all colonial-era compensation issues were settled by a 1965 treaty that restored diplomatic relations between the two governments. Japanese government officials have also rejected the ruling.

Other exports affected by Tokyo's decision are what is called "resist" for making semiconductors and hydrogen fluoride used for semiconductors, pharmaceuticals and polymers, including nylon and Teflon.

Japan's longtime position is that all historical compensation issues were settled when Tokyo and Seoul signed a treaty in 1965 that restored diplomatic ties.

The trade tensions developing between the Asian neighbors seem to undermine the message of free and open trade that leaders endorsed at the Group of 20 summit in Osaka last week.

But the Japanese ministry said the latest move comes after overtures to patch up relations with South Korea failed at the Group of 20 summit in Osaka last week.

"It is not a retaliatory measure," Deputy Chief Cabinet Secretary Yasutoshi Nishimura said, noting the measure came about because of overall difficulties in "maintaining a relationship of trust with South Korea in carrying out export controls."