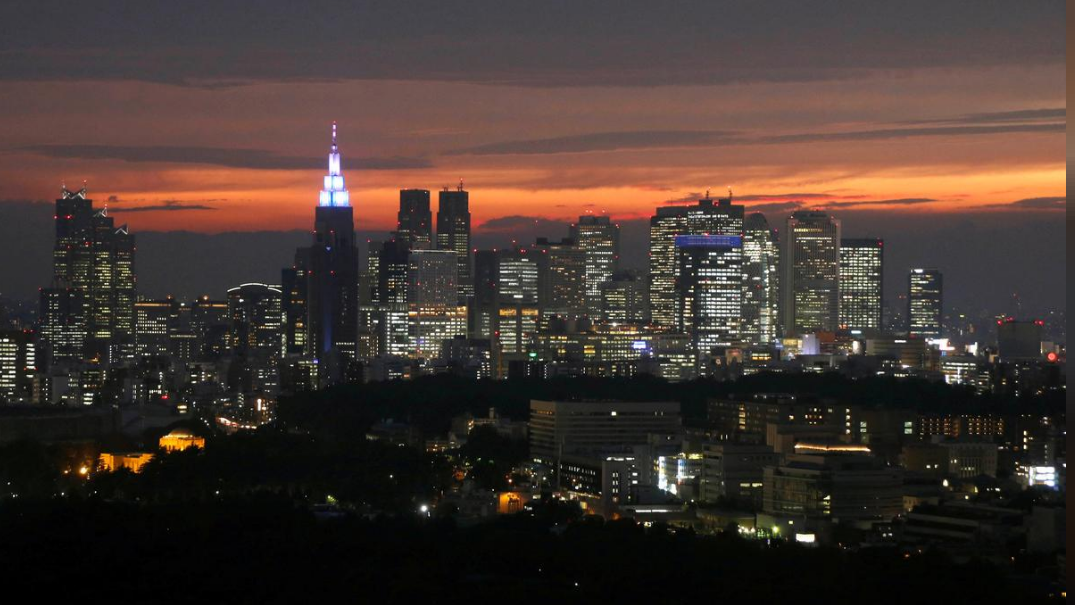 High-rise buildings are seen at the Shinjuku business district during sunset in Tokyo, Japan, May 31, 2018. (Photo: CGTN)

Adding strain to Japan's tattered finances, the government will issue more bonds to fund public works spending of up to four trillion yen ($36.82 billion) and make up for tax revenue shortfalls as firms feel the pinch from the trade tensions, the newspaper said on Saturday.

Prime Minister Shinzo Abe's administration will finalize the package early next week after consultations with the ruling coalition, the Nikkei said, without citing sources.

Japan's finance ministry officials were not immediately available for comment.

Ruling party lawmakers have been pressuring the government to compile a big spending package, increasing the chance fiscal policy will play a bigger role in supporting growth despite the risk of more debt issuance.

Bank of Japan governor Haruhiko Kuroda said on Friday the central bank's ultra-loose policy is aimed at hitting its price target, not at funding government spending, warning against complacency in getting Japan's fiscal house in order.

Fiscal spending under the package will likely exceed 10 trillion yen, which will be funded by a supplementary budget for the current fiscal year ending in March 2020 and next year's annual budget, the newspaper said.

That will roughly match a 13.5-trillion-yen spending package put together in 2016, when Britain's vote to exit the European Union jolted markets and heightened uncertainty over Japan's export-reliant economy.

The package under work will include spending for disaster relief, infrastructure building and measures to help companies boost productivity, the newspaper said.

The government will also issue more deficit-covering bonds, as tax revenues for the current fiscal year will undershoot its initial estimate by around two trillion yen, the Nikkei said.

Aside from the fiscal spending, Japan will also provide financing to companies for overseas investment to help them diversify production, Reuters reported on Thursday.

Japan's economic growth slumped to its weakest in a year in the third quarter as soft global demand knocked exports, stoking fears of a recession. Some analysts also fret a sales tax hike in October could cool private consumption.