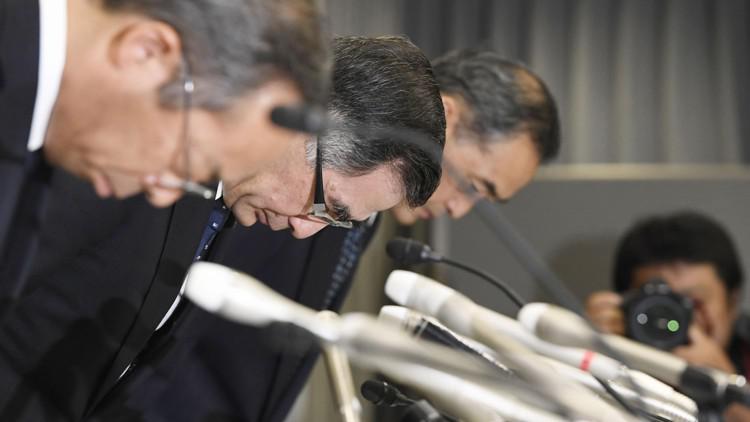 Suzuki President Toshihiro Suzuki told a press conference in Tokyo that invalid fuel-economy or emission test data had been taken as valid on about half of the 12,819 vehicles sampled for tests.

Mazda also confirmed on the same day that it had conducted problematic fuel-economy inspection for 72 cars.

All the three vehicle makers denied deliberate data alterations but attributed the problems to human errors or lack of training of the workers.

"It is extremely regrettable," Keiichi Ishii, Minister of Land, Infrastructure, Transport and Tourism said in a statement, adding that the ministry will demand the manufacturers to take measures to prevent such misconduct from happening again.

Shares of the three companies tumbled on the Tokyo Stock Exchange on Thursday, with Suzuki down 6.0 percent, Yamaha falling 4.6 percent and Mazda shedding 1.3 percent.

The incident followed a series of scandals involving major Japanese makers, including data falsification at Mitsubishi Materials Corp. and Kobe Steel Ltd., and uncertified safety checks carried out by Nissan Motor Co. and Subaru Corp., which came into light last year and tarnished the reputation of Japanese manufacturing industry.