BUSINESS JetBlue to offer flights to London from NY and Boston

JetBlue to offer flights to London from NY and Boston 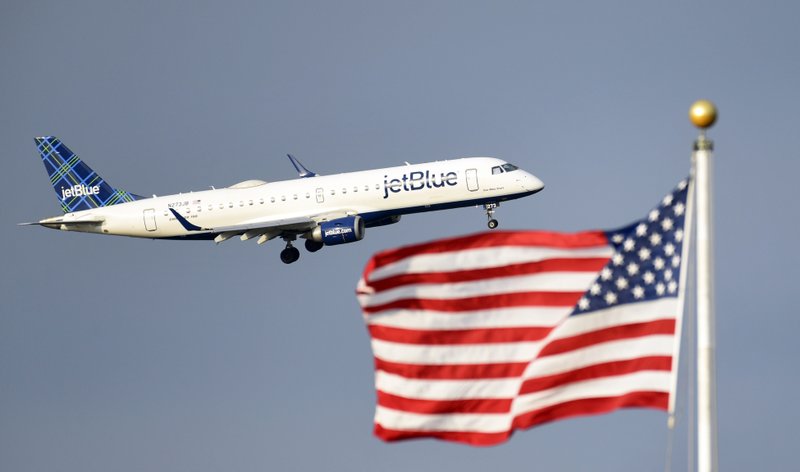 After mulling it over for a long time, JetBlue is taking a leap — across the pond, that is.

JetBlue CEO Robin Hayes announced Wednesday that the airline plans to start flying to London from New York and Boston in 2021.

Hayes said customers want the service, and it will strengthen JetBlue in key Northeast markets. The airline hasn’t picked which London airport it will use.

JetBlue shares rose 58 cents, or 3.6 percent, to $16.92 in anticipation of the widely rumored announcement.

The CEO made it official during an employee gathering at New York’s John F. Kennedy International Airport.

JetBlue leaders have been talking about the possibility of flights to Europe since mid-2016, around the time they announced plans to tweak their Airbus orders to get a longer-range plane.

Hayes said the airline waited until the right plane came along, a single-aisle plane with plenty of range to avoid the need for costlier two-aisle or “widebody” planes.

JetBlue will convert an existing order with Airbus to acquire 13 A321LR jets. They will be outfitted much like the Airbus planes that JetBlue flies on transcontinental routes but with more lie-flat seats in the premium cabin, which the airline calls Mint.

“This opens up a number of markets that haven’t traditionally been served in this way,” Hayes said in an interview. “You can anticipate other European destinations. It puts cities like Dublin and perhaps Amsterdam in scope.”

The trans-Atlantic market is highly competitive. The three largest U.S. carriers all fly across the Atlantic in revenue-sharing deals with big European carriers — American Airlines has a deal with British Airways and Iberia; United Airlines teams up with Germany’s Lufthansa; and Delta Air Lines has partnerships with Air France-KLM and Virgin Atlantic.

Delta seemed to throw down a gauntlet last week when it joined with Virgin Atlantic and announced plans to serve London’s Gatwick Airport from New York and Boston sometime in 2020 — details were sparse.

Hayes thinks there is room for JetBlue to undercut bigger rivals, whom he accuses of price-gouging. He said he can offer dramatically lower fares in business class and throw in amenities like live TV and more legroom in economy to stimulate new demand.

Delta President Glen Hauenstein responded that his airline has seen other low-fare carriers try to compete across the Atlantic.

“There are always new entrants coming and there always entrants leaving,” he said, adding that he thinks Delta is “in a very good spot.”

JetBlue has plenty of work to do before the first passenger can board. For one thing, it needs approval from the Federal Aviation Administration to conduct long, over-water flights with two-engine jets.

Southwest Airlines took far longer than it expected to gain that approval for flights between California and Hawaii. JetBlue has hired industry veterans with experience in the FAA process, and it will tap outside help, Hayes said.

JetBlue plans to limit London flights to about 1 or 1.5% of its daily departures. It has no immediate plans to serve London from anywhere beyond New York and Boston, Hayes said.