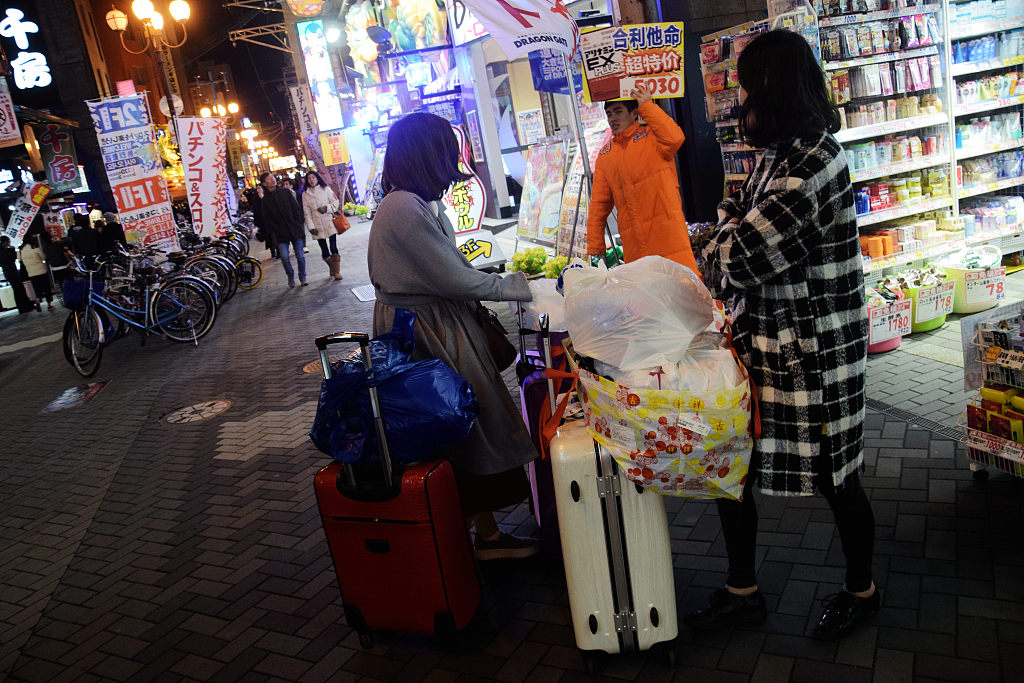 HANGZHOU, Jan. 8 (Xinhua) -- Melbourne-based Chinese expatriate Luo Lin says he is ready to give up being a daigou, a cross-border personal shopper who buys cosmetics, accessories and clothing and then resells them in China.

"If I continue, I will have to apply for a license and deal with taxes, which I have no time for," said the 24-year-old graduate student in Australia.

"I have to give up. I will probably only shop for relatives and friends," he said.

China's e-commerce market has been expanding at a break-neck pace since 1999, with individuals joining industry giants like Alibaba and JD in mining the country's consumption potential.

The army of personal shoppers profited through price gaps between China and overseas countries. They did not have to pay taxes or customs duties when they resold the merchandise to buyers in China.

Under the new e-commerce law, which took effect on Jan. 1, such commercial behaviors will fall under tighter government scrutiny.

Vendors on e-commerce platforms, WeChat, live-streaming websites and other online platforms are required to register their business, receive a license, pay taxes accordingly and be held responsible for fraudulent goods. Violators are subject to fines up to 2 million yuan ($290,900).

The law also bans vendors from unscrupulous practices like deleting shopper reviews, canceling orders at will and click farming.

After the law went in force, shoppers who frequently advertised on their WeChat moments kept silent for a while, fearing that their advertisements would be targeted by social media platforms.

A housewife in Perth, who gave the name Li, has only updated her moments once in the past week. In the past two years, she would usually post three entries a day.

Li has started applying for a business license. "I've built up a good reputation, and it is hard to give up my clients," she said.

When Li came to Perth five years ago, she understood nothing about baby formula and luxury couture. Now she knows which mall offers the best discount. On a busy day, she drove to five malls to make purchases for her clients, making as much as half a million yuan a year.

"The world of Daigou develops very fast. It is a booming cash-rich market," she said.

"The new law is a good chance for surrogate shoppers to improve their practices, though some people may be forced to withdraw from the industry," she said.

China's e-commerce market has developed at double-digit pace for years. E-commerce transaction totalled 22.69 trillion yuan in the first three quarters of 2018, up 11.2 percent year on year.