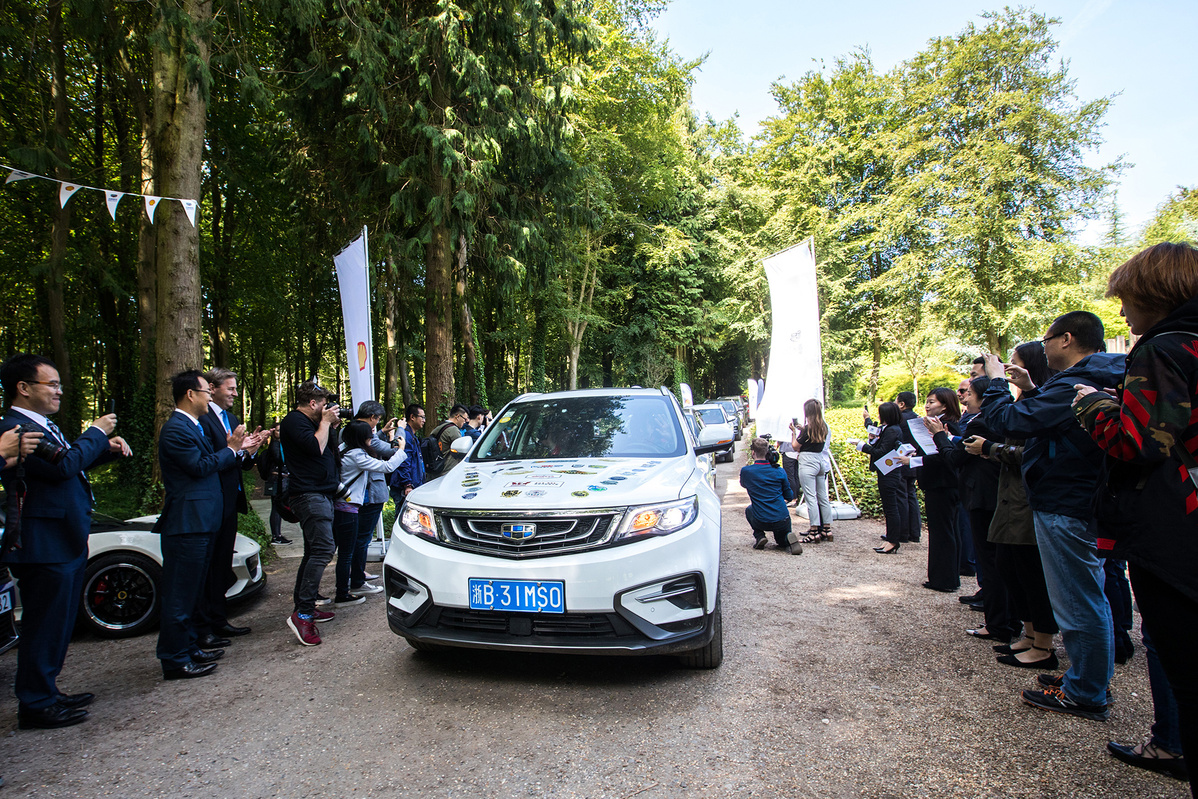 Audiences welcome the arrival of the Geely fleet at Goodwood in English on Wednesday. Photo provided to China Daily

The arrival of a fleet of Chinese Geely SUVs at Goodwood motorsport track in the county of Sussex this Wednesday marked the conclusion of the Geely and Royal Dutch Shell friendship tour, a trip that covered 18,000 km on its way through 58 cities in nine countries across Asia and Europe.

It is the first time that a Chinese car maker has undertaken such a marathon. Under the theme of “Geely Goes Global, Powered by Shell”, the tour is the culmination of an 11-year partnership between Geely and Shell, showcasing the engineering skills and expertise of both companies.

An Conghui, president and CEO of Geely Auto Group, said: “Geely Auto Group has cooperated with Shell for the past 11 years, throughout which we have explored shared synergies that have allowed Geely to expand aggressively.

“Going forward, we hope the strengthening of our partnership will assist us in our 2020 Strategy goal of producing and selling two million cars per year, help our transition into becoming a leading new energy brand under the Blue Geely Initiative, and become a focal point for cutting edge technologies developed by both organizations.”

As part of the company’s go-global efforts, An also announced Geely’s plans for a new design studio in the UK and a new research and development center in Europe. 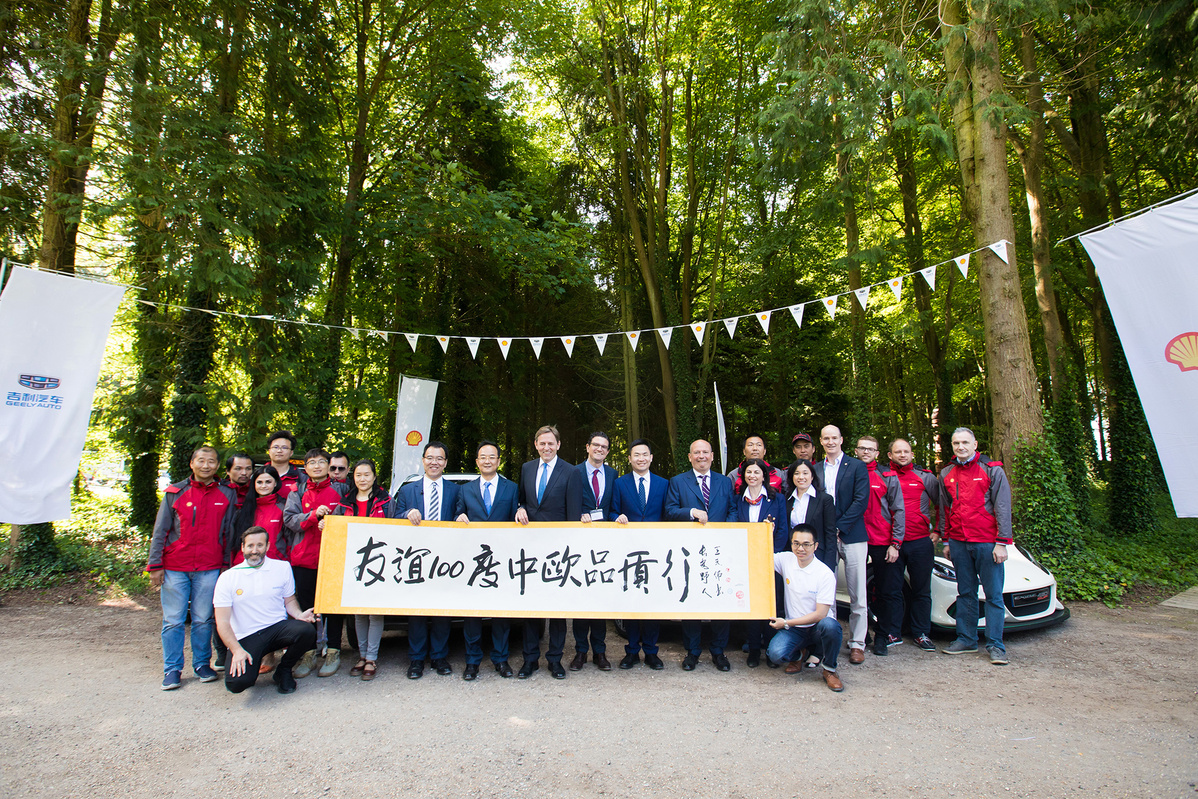 Geely and Shell representatives along with the fleet team members celebrate the conclusion of the friendship tour at Goodwood in England on Wednesday. Photo provided to China Daily

Shell provided Shell Helix Ultra with PurePlus technology for the fleet of Geely Bo Yue cars as they traveled across varying temperatures and road conditions on their trans-continental journey.

“This is a demonstration of the value that Shell, as an energy company that has international footprint with broad and diverse interests and capabilities, can bring as a strategic partner to its customers in the field of energy transition that is rapidly changing the future of mobility,” Vigeveno said.

Founded in 1997, the Geely Auto Group now owns the Swedish passenger car maker Volvo and London Taxi Company. Bo Yue is the first smart connected SUV produced by Geely, and the company said it has sold more than 500,000 units within 25 months of its launch.

Lubricants are the main earnings contributor to Shell’s sales. Shell claims to be the global leading player in the lubricants market, a position it has held for the last 11 years, with 5 billion litres of sales every year.

In an attempt to extend the scope of their cooperation beyond lubricants, the two companies marked the end of the tour by signing a global strategic cooperation agreement at the iconic British motorsport venue of Goodwood.

The agreement outlines a roadmap toward wider collaboration between the two companies in areas of research and development, new market entries and growth. It also covers joint branded opportunities across motorsports and corporate social responsibility. In addition, Geely and Shell will collaborate on new digital opportunities and new energy transition.