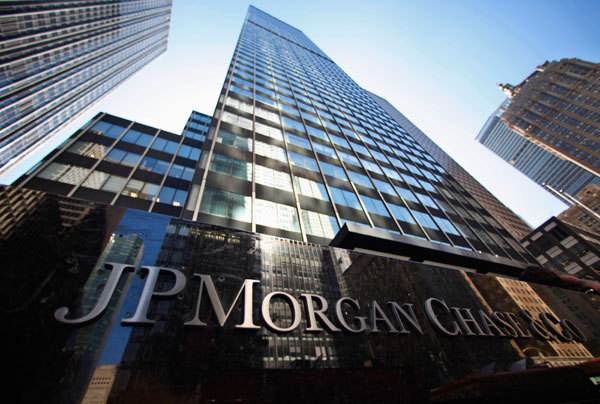 A sign outside the headquarters of JP Morgan Chase & Co in New York. (Photo/Agencies)

The comment was made by a senior central bank official on Saturday, after the US-based financial group JPMorgan Chase & Co included Chinese government bonds in its benchmark emerging-market indexes one day earlier.

Analysts predicted that via the inclusion, more than $20 billion in funds may be channeled into the Chinese bond market, and overseas capital will play a more important role in the domestic market.

Pan Gongsheng, vice-governor of the People's Bank of China, said on Saturday that some international bond index suppliers have included Chinese bonds into the major indexes in succession, which "can reflect international investors' confidence in the long-term and healthy development of Chinese economy, as well as their recognition of the opening of China's financial market".

As of the end of January, the Chinese bond market reached a scale of 100.4 trillion yuan ($14.36 trillion). International investors were holding more than 2.2 trillion yuan of Chinese bonds, up by 22 percent year-on-year, according to data from the PBOC.

In April 2019, Bloomberg Barclays added Chinese bonds to its global benchmark. FTSE Russell will consider whether to include Chinese bonds into its World Government Bond Index after the midterm assessment in March.