JPMorgan Chase & Co is looking to substantially increase investment in the business of securities, asset management, and futures and options in China and hopes to gain full ownership of its joint ventures "when the timing is right" to take advantage of the further opening of the Chinese financial sector, the US bank's China CEO said. 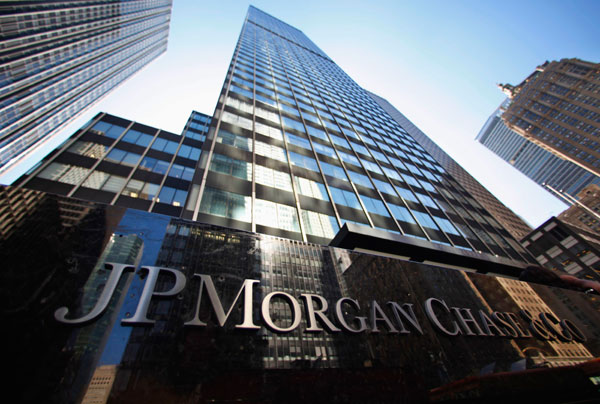 Mark Leung, chief executive officer of JPMorgan China, said he welcomes the opportunity presented by the country's new regulation, which allows for 100 percent foreign ownership and the bank will fully leverage its strength in its global network and resources to operate its onshore and offshore China business.

"We think this is the best time for JPMorgan to involve much deeper and invest much broader across our product and service platforms (in China)," Leung said during an interview with China Daily.

The bank has finished all the preparatory work for its securities JV in China in which it owns a majority stake of 51 percent. It is now waiting for final permission from the China Securities Regulatory Commission to officially launch the business.

It has hired a strong team for its securities JV in China and it will engage in business activities including investment banking, research and securities sales, according to Leung.

The bank's asset management business has also formed a strategic partnership with China Merchants Bank. Under the partnership, JPMAM will serve as a preferred product provider for CMB's asset management subsidiary, offering access to its offshore and onshore solutions that are complementary to CMB's investment capability.

"We complement very well with strong local financial institutions. Actually, JPMorgan has long been known as the bank for other banks. Many Chinese banks and financial institutions are either our clients or our partners and we support them to achieve their domestic and global ambitions," Leung said.

"We have various partnership with local financial institutions including Industrial and Commercial Bank of China on cash management, Bank of China on RMB internationalization, Postal Savings Bank of China and many other banks and securities houses to foster partnership, knowledge and experience sharing," he said.

China will further open the financial industry to foreign companies by removing ownership restrictions in the securities, funds, futures and insurance sectors next year.

Leung said that rules and relations are becoming more favorable for foreign banks in China along with the further opening of the Chinese financial sector including the launch of the stock connect programs between the mainland and Hong Kong, the inclusion of Chinese equities and bonds in global indexes and the increase of foreign ownership of Chinese assets.

"We believe this is a very different backdrop against which foreign players can operate. While it depends on the speed of the opening up, I think the conditions are more mature now," Leung said.

Leung said that the trend of the renminbi internationalization, the development of the Belt and Road Initiative as well as the increasing two-way capital flows will enable JPMorgan to better serve as bridge that helps Chinese firms going abroad and global investors coming into the Chinese market.

Meanwhile, the US bank is also interested in getting licenses for securities financing and derivatives trading in the future as China plans to further open the derivatives market to foreign players and offer more hedging and risk management tools for global investors.