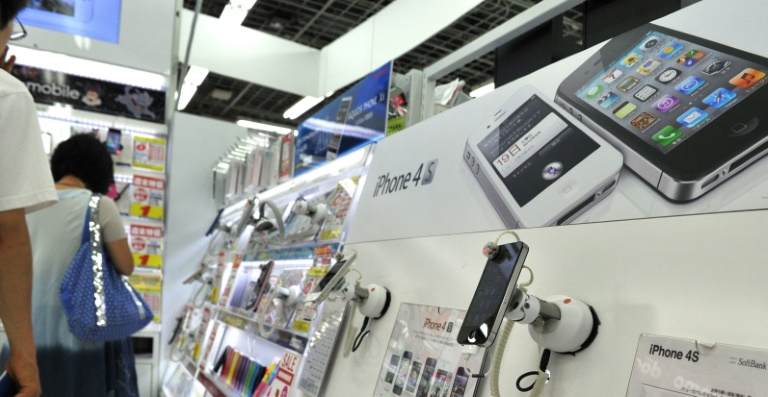 Jurors tacked on an additional $5 million in damages for a pair of patented functions. The award appeared to be a bit of a victory for Apple, which had argued in court that design was essential to the iPhone.

The case was keenly watched as a precedent for whether design is so important that it could actually be considered the "article of design" even in a product as complex as a smartphone.

"We don't think it is supported by the evidence," Samsung attorney John Quinn told US District Court Judge Lucy Koh after the verdict was read in her courtroom in Silicon Valley.

"We have every concern about the determinations about the article of manufacture."

Quinn declined an offer by the judge to send jurors back for further deliberation, saying Samsung would pursue post-trial motions to address its concerns about the verdict.

Juror Christine Calderon said the panel agreed that one of the design patents -- the grid of colored icons -- did represent the whole phone, while the other two at issue in the trial were seen as the display assembly that gave the iPhone its look.

She compared it to the Mona Lisa: "you use the paint, but it is not the article of manufacture."

"I had to really think about it," the 26-year-old Calderon, a technical writer, said after Koh dismissed the jury.

"We kind of felt like we ended up at a happy medium."

The case had been sent back to the district court following a Supreme Court decision to revisit an earlier $400 million damage award.

Apple reasoned in court that design was so integral to the iPhone that it was the "article of manufacture" and worth all the money Samsung made by copying the features.

The lower figure sought by the South Korean consumer electronics titan would have involved treating the design features as components.

The jury had been asked to determine whether design features at issue in the case are worth all profit made from Samsung smartphones that copied them -- or whether those features are worth just a fraction because they are components.

Apple argued in court that the iPhone was a "bet-the-company" project at Apple and that design is as much the "article of manufacture" as the device itself.

The three design patents in the case apply to the shape of the iPhone's black screen with rounded edges and a bezel, and the rows of colorful icons displayed.

Samsung no longer sells the smartphone models at issue in the case.

An original trial finding that Samsung violated Apple patents preceded a lengthy appellate dueling over whether design features such as rounded edges are worth all the money made from a phone. 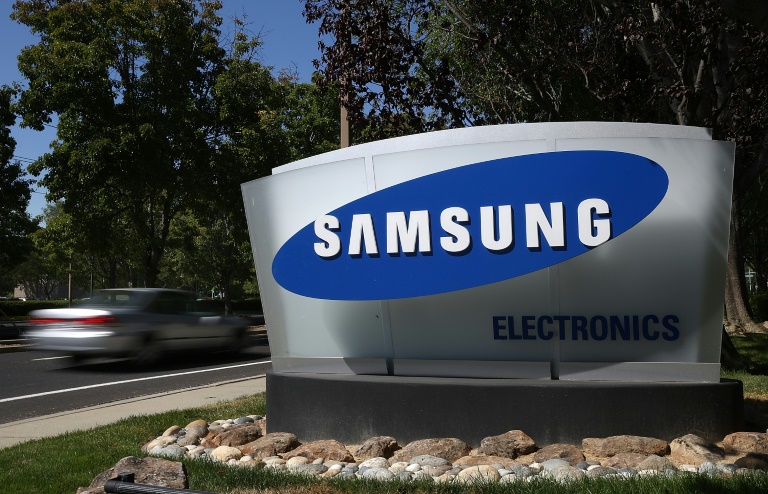 Samsung was ordered to pay higher damages in a retrial of a patent infringement case brought by iPhone maker Apple. (Photos: AFP)

Samsung challenged the legal precedent that requires the forfeiture of all profits from a product, even if only a single design patent has been infringed.

The US Supreme Court in 2016 overturned the penalty imposed on the South Korean consumer electronics giant.

Justices ruled that Samsung should not be required to forfeit the entire profits from its smartphones for infringement on design components, sending the case back to a lower court.

"Today's decision flies in the face of a unanimous Supreme Court ruling in favor of Samsung on the scope of design patent damages," the South Korean company said in response to an AFP inquiry.

"We will consider all options to obtain an outcome that does not hinder creativity and fair competition for all companies and consumers."

Apple did not respond to a request for comment.

The key question of the value of design patents rallied Samsung supporters in the tech sector, and Apple backers in the creative and design communities.

Samsung won the backing of major Silicon Valley and other IT sector giants, including Google, Facebook, Dell and Hewlett-Packard, claiming a strict ruling on design infringement could lead to a surge in litigation.

The case is one element of a $548 million penalty -- knocked down from an original $1 billion jury award -- Samsung was ordered to pay for copying iPhone patents.

Top image: A jury ordered Samsung to pay Apple more than $500 million in a retrial of a seven-year-old case for damages for infringing on iPhone patents.