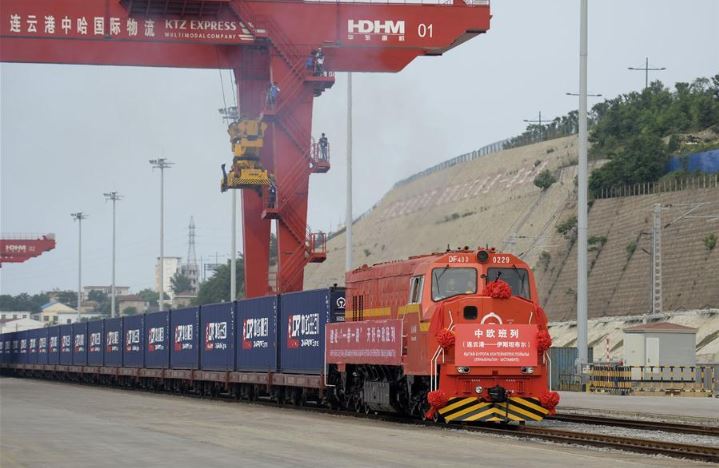 "It is the first time that Kazakh corns are delivered to China through container wagons, a key step in the development of the China-Kazakhstan trade in agricultural products," said Manabaev.

The batch of corns, produced in south Kazakhstan's Almaty Region, are heading to Urumqi, capital of northwest China's Xinjiang Uygur Autonomous Region. Over 5,000 farmers planted 80,000 hectares of corns in 2019 in the Almaty Region, with the total output hitting 550,000 tonnes.

Erxat Yelax, manager of a Xinjiang trade company's subsidiary in Kazakhstan, said the company plans to import 50,000 tons of corns in the next a few years. "Contracts from Chinese buyers would boost corn production in the region."

"China has a large, consistent and stable demand for high-quality agricultural products. If China and Kazakhstan establish a long-term and win-win supply chain of bulk agricultural products, it would help Kazakhstan to tap full potential of the agricultural development, bringing more tangible benefits to Kazakh people," said Gao Qi, general representative of the China Chamber of International Commerce in Kazakhstan.

Located about 670 kilometers from Urumqi and 370 kilometers from Almaty, the dry port in the Khorgos-Eastern Gate special economic zone, is a major trade channel offering international transit, logistics and warehousing services.

According to the Kazakh Ministry of Agriculture, Kazakhstan exported agricultural products worth 258 million U.S. dollars to China in 2018, a year-on-year increase of 30.4 percent.