An influential US lawmaker said on Sunday all fairly traded steel and aluminum, especially from Canada and Mexico, should be excluded from President Donald Trump’s proposed tariffs, as he sought to calm tensions at major trade talks in Mexico.

File photo: Rep. Kevin Brady (R-TX), Chairman of the House Ways and Means Committee, arrives for a Republican conference meeting at the US Capitol in Washington, US, December 20, 2017. (Photos: Reuters)

Kevin Brady, chairman of the US House of Representatives Ways and Means Committee, which has jurisdiction over US trade policy, was speaking on the sidelines of the latest round of NAFTA talks among the United States, Canada and Mexico, where he said there had been progress in reworking the 24-year-old trade deal.

The prospect of a trade war being sparked by the imposition of Trump’s proposed tariffs rattled financial markets last week.

Canada and Mexico have threatened retaliation, and the European Union said it would apply 25 percent tariffs on about $3.5 billion of imports from the United States if Trump carried out his plan.

Trump says the tariffs are needed to protect domestic industries against unfair competition from China and elsewhere.

There has been no indication any countries will be spared, although Peter Navarro, director of the White House National Trade Council, said on Sunday there would be a mechanism to exempt some businesses from the metals tariffs.

"There will be an exemption procedure for particular cases where we need to have exemptions, so that business can move forward,” Navarro said on CNN’s“State of the Union” program.

"I think we can make a very strong case for other countries as well,” said the Republican lawmaker, adding he hoped Trump could be persuaded to step back.“We’re going to continue to make the case to the White House,” added Brady, who met with Canadian Foreign Minister Chrystia Freeland at the Canadian embassy later in the afternoon.

Freeland did not make any comments and her office said it could not immediately give details of the talks. 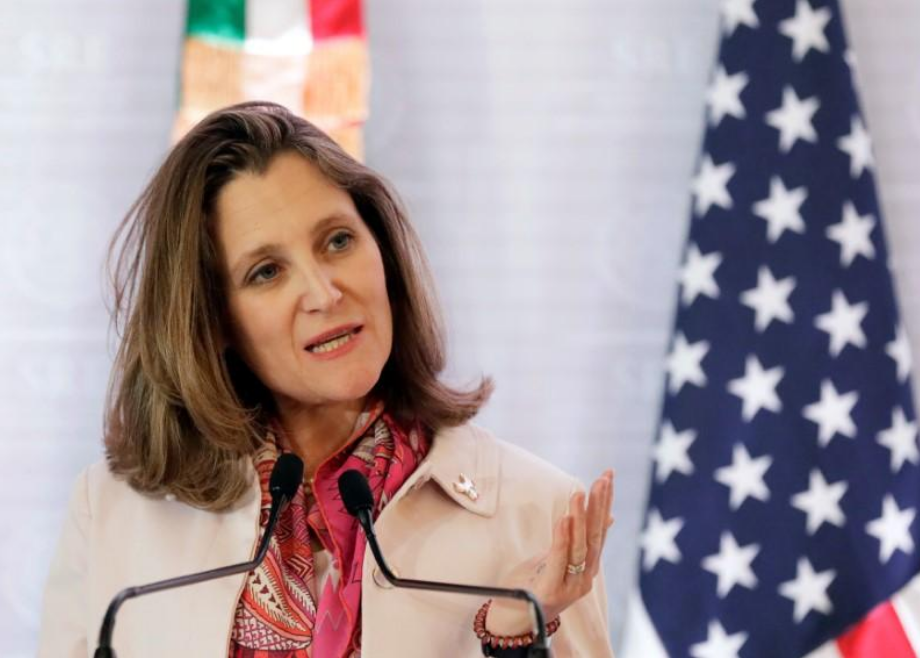 Salvador Behar, Mexico’s deputy chief negotiator, said his negotiating team had made clear Mexico would need to react to any tariffs“independently of the (NAFTA) negotiation.”

"It hasn’t contaminated the mood, although obviously it is an irritation for Mexico and for many other countries,” he told reporters. Behar added that he expected the next round of NAFTA talks could take place during the first half of April.

Trump’s announcement on Thursday has overshadowed the NAFTA meetings as automakers worry that more expensive imports could raise the cost of manufacturing in North America and US farm groups fret over retaliatory measures.

Auto parts manufacturers, especially small companies, worry they would be pushed out of business by costlier imports.

The NAFTA talks have moved slowly since they began in August, in part because of US demands ranging from changes to automotive content origin rules and dispute resolution mechanisms to imposing a clause that could automatically kill NAFTA after five years.

Trump has repeatedly threatened to dump the treaty, and the tension surrounding steel tariffs has stirred new doubts.

In order to remove uncertainty, Brady urged the administration to exempt current steel and aluminum contracts.

"I believe there should be a quick and timely inclusion process for existing contracts as well as for existing businesses,” he said, and added he hoped the three countries would stay focused on concluding the NAFTA talks.

Canada, the single largest supplier of both steel and aluminum to the United States, says any tariffs would be totally unacceptable.

US Representative Bill Pascrell, the senior Democrat on the Ways and Means trade subcommittee, said he was skeptical about the merits of imposing tariffs.

"We don’t have a major trade deficit with Canada. What are we doing?” he told reporters.“If you look at all the products that are coming into the United States from Canada and Mexico, this is an ally. If we can’t make an exception there, then how are we going to get a NAFTA deal?”