Kroger to sell groceries via Tmall

Kroger, the largest US supermarket chain, will start selling some of its products to Chinese shoppers through a website owned by internet giant Alibaba, the latest move by the supermarket chain to boost its digital business. 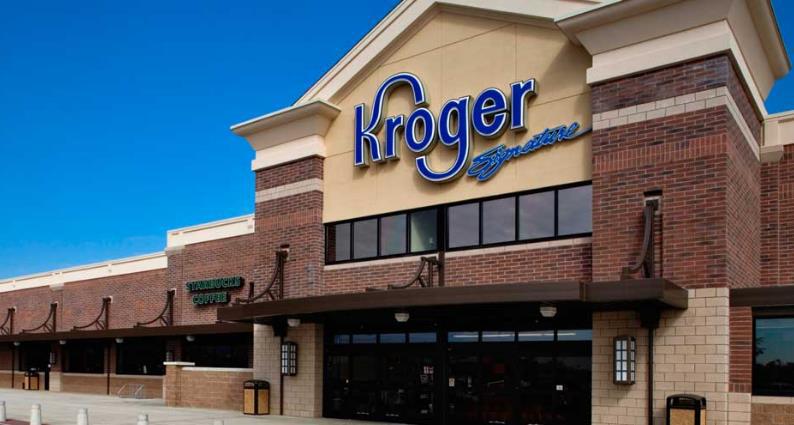 Cincinnati-based Kroger is working to catch up with Walmart and Amazon, which bought grocer Whole Foods last year.

Kroger Co said on Tuesday that it will sell items from its store brand Simple Truth on Alibaba's Tmall site, including Simple Truth nuts and multivitamins. The online store will open on Wednesday, Kroger said.

Many US companies sell their goods on Tmall as way to reach Chinese customers without having to open brick-and-mortar stores in the country. Costco, for example, sells Kirkland vitamins, nuts and other products on the site.

"E-commerce has helped Kroger to reach new customers and markets where it does not have physical stores, starting with China," Yael Cosset, chief digital officer of Kroger, said in a statement.

"We anticipate that Chinese consumers will love 'Our Brands' and 'Simple Truth' products, just like our US customers."

Cosset, who told the Wall Street Journal the company had looked at other companies before settling on Alibaba, did not disclose the terms of the financial arrangement with the Chinese site.

"Growing into the Chinese market is a huge opportunity for Kroger and we are really excited," Cosset told the Journal.

A spokeswoman for Alibaba said the company was "pleased to work with Kroger" on bringing its natural and organic lines to Chinese consumers.

"Kroger is proud to continue to lead the way in making natural, organic and free-from products more mainstream and accessible," Cosset said. "Sharing Kroger's exclusive brands and status as a food authority the world over is exciting."

It will be the first time Kroger has introduced its private-label Our Brands and Simple Truth to international consumers.

Since its launch five years ago, Simple Truth has become the second-largest selling brand in Kroger's 2,800 US stores, topping $2 billion this year, Supermarket News reports.

The entry onto China is the fifth e-commerce move Kroger has made in the last three months in order to counter competition from Amazon's Whole Foods and others, the Journal reports.

Since May, Kroger has launched an online delivery service, upped its investment in a British online grocer and agreed to buy a meal-kit company.

"Kroger is the world's third-largest retailer by revenue, $122.7 billion in sales in 2017," Cosset told Supermarket News. "We are creating the grocery retail model of the future by focusing on digital and technology."

The partnership could also give Alibaba an edge in its rivalry with JD, which is partnered with Walmart.