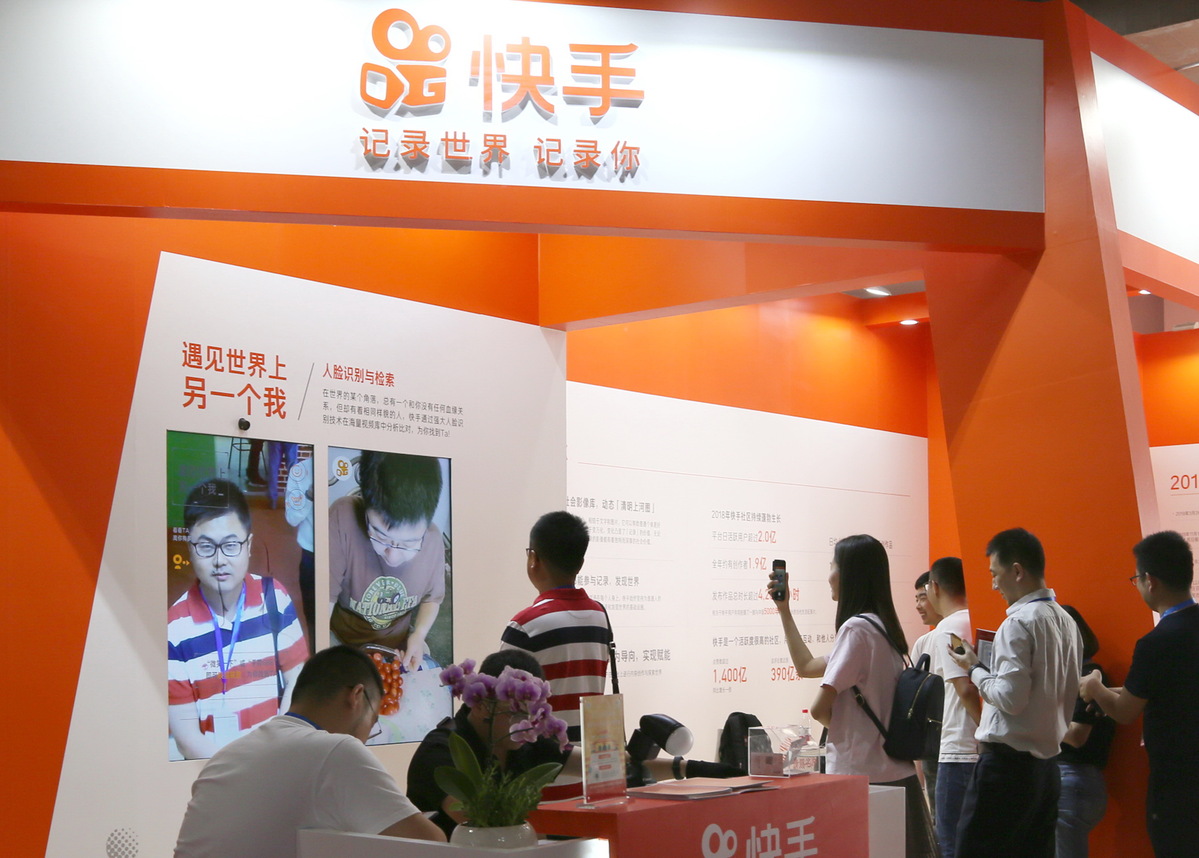 Chinese short video platform Kuaishou will speed up the capital efforts to enable its partners to obtain 10 billion yuan ($1.4 billion) in revenue in 2020, said Yan Qiang, vice-president of the company's business platform.

Over the past eight years, around 13 billion videos have been shared on the platform, and 15 million new videos are added each year, according to Kuaishou. More than 200,000 content creators have also gained revenue from advertisements.

Yan said Kuaishou's data traffic improved by 600 percent in the past year, and more than 600,000 active merchants have registered on the platform, with each of video generating over 11,000 yuan in revenue.

Yan said the company aims to host a total of 300 million daily active users on its platform by the Chinese Lunar New Year in 2020, adding there is huge potential and growth space to achieve that goal.

Yan added Kuaishou will also expand its presence in the overseas market, applying cutting-edge technology such as artificial intelligence and big data to enhance user experience in its commercialization plan. He also said noted that along with futuer commercial use of 5G and the internet of things, the short video industry will usher in a golden opportunity to make a breakthrough.

Chen Dingjia, chief technology officer of Kuaishou said more than 19 million people in rural areas received some source of income through the platform as of September 2019, among which over 5 million people came from national-level poverty-stricken counties.