China's liquor brand Kweichow Moutai gave up "Guojiu", or State-level liquor, in its trademark, and took down the sign of "Guojiu" from the gate of its plant last Saturday, news website Zaker reported on Sunday. 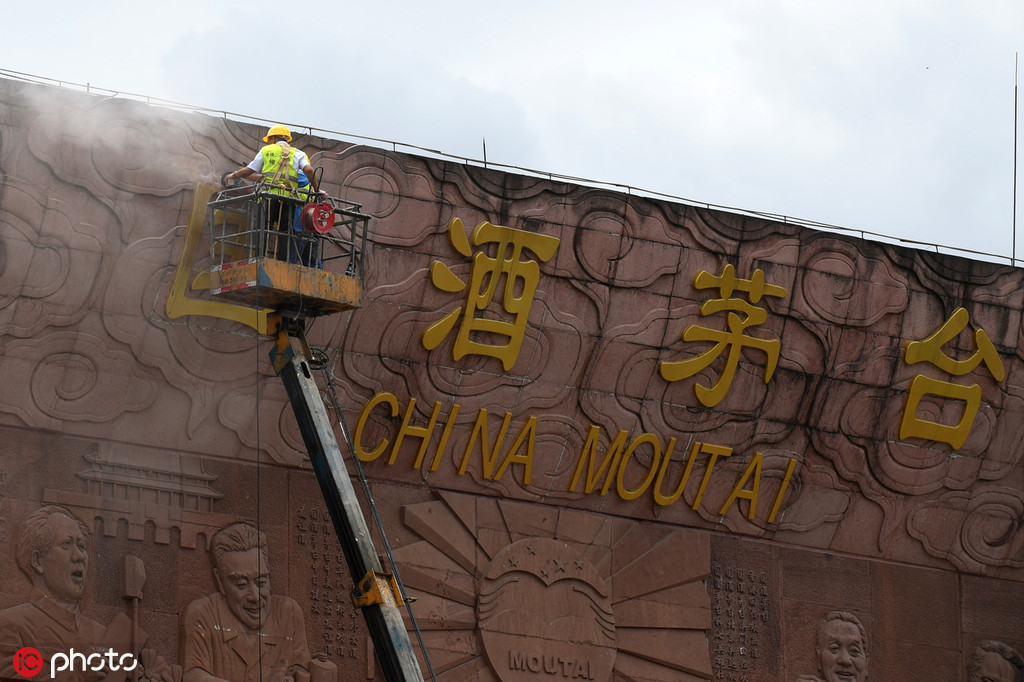 Workers dismantle the sign of "Guojiu" on the gate of Kweichow Moutai plant in Renhuai, Guizhou province, June 29, 2019. (Photo: IC)

Li Baofang, chairman and general manager of Moutai Group, said on June 12 the company would stop using the "Guojiu Moutai" trademark before June 30, and had hired consulting companies for new promotion plans.

Moutai repeatedly applied for "Guojiu Moutai" trademark registration starting from 2001, though all applications were rejected by the then-State Administration for Industry and Commerce, since the word in Chinese means the best liquor in China, which will have a negative impact on market competition.

Last August, the company dropped the case of trademark administrative litigation for "Guojiu Moutai", according to its official website, and it "sincerely apologized to the National Trademark Review Committee and all relevant stakeholders".

The company also changed the name of "Guojiu Moutai" to "Kweichow Moutai" in its social media account on WeChat as well as its online store and official website.

Moutai, a sorghum-based spirit produced by Kweichow Moutai, is often served on official occasions and at state banquets in China.