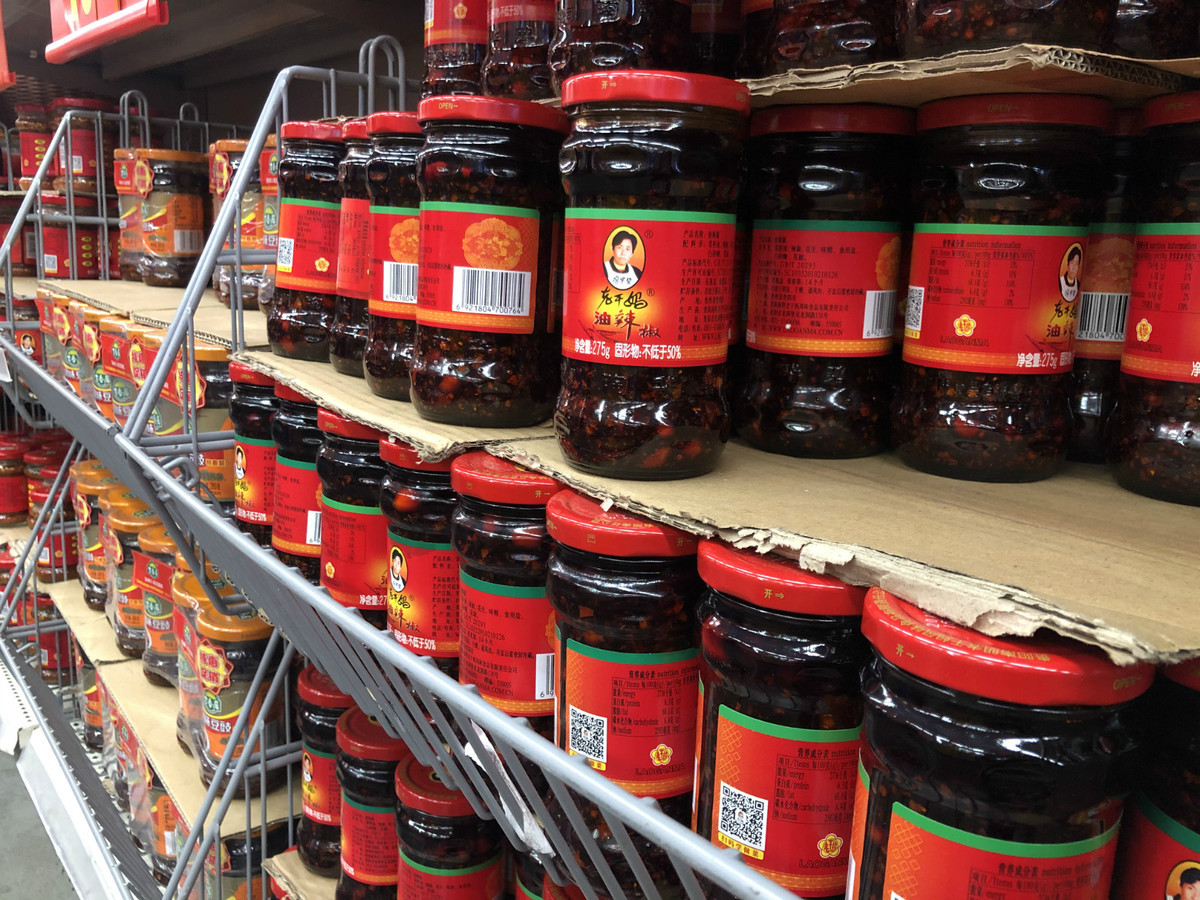 Shelves are filled with different varieties of Laoganma chili sauce in a supermarket of Guiyang. (Photo: chinadaily.com.cn)

The sales revenue of Laoganma, a brand of chili sauce made in Southwest China's Guizhou province, hit a record of over 5.02 billion yuan ($732 million) last year, according to its producer.

The revenue saw a year-on-year growth of more than 14.43 percent.

The sauce is produced by Laoganma Special Flavour Food Company established in 1997 in Nanming district of Guiyang, capital city of Guizhou.