Last of its kind, fishery faces reckoning in Chesapeake Bay 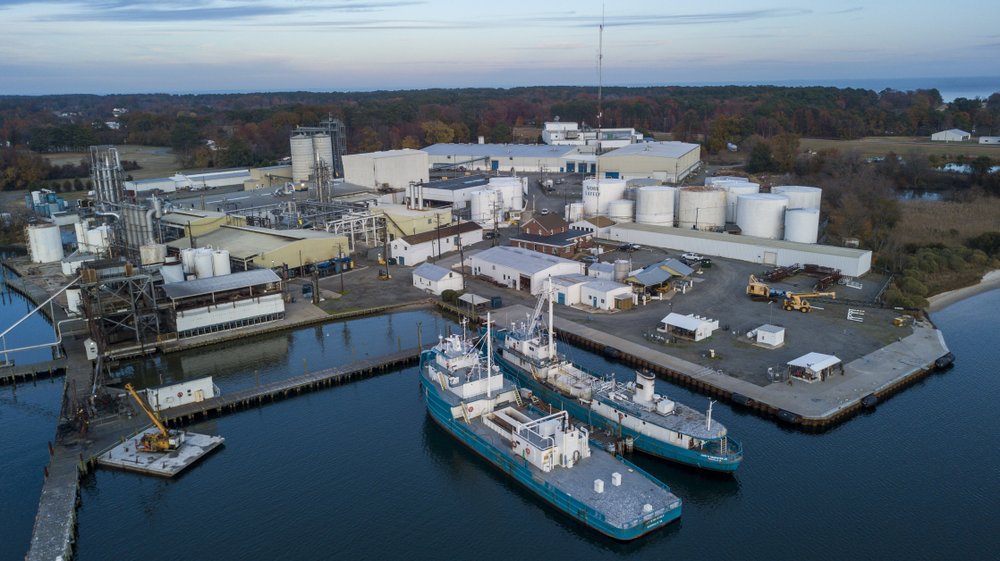 For a guy who left school after 11th grade, George Ball figures he has the best-paying job available on this rural stretch of Chesapeake Bay shoreline.

He catches a fish called Atlantic menhaden, used to make fish oil pills and farm-raised salmon feed, and earns about $50,000 a season, as much money as some college graduates.

“There ain’t a whole lot of jobs around here for a person like myself, except for landscaping or something like that,” said Ball, who comes from a long line of black fishermen. “Starting over would be treacherous.”

He may have to, though.

Ball works for Omega Protein, a company facing increasing government restrictions amid criticism that it could be disrupting the Chesapeake Bay’s food chain. Last year, Omega Protein exceeded catch limits in the Chesapeake by more than 30%, prompting the Trump Administration to threaten a moratorium in Virginia waters.

The firm’s sustainability certification from the influential Marine Stewardship Council is now under review. And environmental groups, sport fishermen and some state lawmakers have grown louder in their calls to further restrict — if not shutter — the firm’s operations in the bay.

The harvest cap that Omega Protein defied is in place to protect an ecosystem that includes striped bass, humpback whales and various other animals that feed off Atlantic menhaden in the nation’s largest estuary. The regulations are set by the Atlantic States Marine Fisheries Commission. The commission says the harvest cap is a precautionary measure while it learns more about the bay’s Atlantic menhaden population.

Omega Protein has promised to abide by the catch limits moving forward. But the company maintains there is no direct scientific evidence that the species is being overfished or that the bay’s ecosystem is being harmed.

One thing is certain: Stricter catch limits in the bay could further threaten the US East Coast’s only surviving outpost of Atlantic menhaden processing.

Omega Protein’s operation is an economic anchor in Northumberland County, a region that’s nearly the physical size of Chicago but home to fewer than 13,000 people on the “Northern Neck” of the Chesapeake Bay’s western shore.

The company contributes $88 million to the state’s economy, according to a 2017 economic impact study that was co-written by Jane Harrison, coastal economics specialist for North Carolina Sea Grant, a research group associated with North Carolina State University. Closing down the operation would lead to a 14% decline in county income and an 8% decline in employment, she said.

In the late 19th century, when the fish’s oil was used to grease machines and fuel lanterns — and environmental laws were unnecessary or nonexistent — dozens of processing factories dotted the US East Coast. By the 1950s, when the primary use of the fish was for animal feed, the number of plants fell to fewer than two dozen.

Omega Protein’s plant is now the last one standing on the Atlantic coast. The smell of pulverized fish greets visitors a couple miles before the factory comes into view outside the village of Reedville. Storage tanks hold refined fish oil, while sand-like fish meal piles up in a warehouse. A fleet of ships, some more than 150 feet (46 meters) long, sits at a dock where tubes feed the Atlantic menhaden into presses and ovens.

Planes owned by Omega Protein are used to spot Atlantic menhaden schools. A large ship motors to a school and then two smaller boats launch off the deck and encircle it with a massive net.

The company’s survival on the bay now depends primarily on the manufacture of fish meal and fish oil, which is rich with omega-3 fatty acids. Environmentalists argue that the omega-3 fatty acids can be found in algae. They also say insects, instead of fish, could be used to feed farm-raised salmon.

“These little fish are much better left in the sea where they can feed wild fish populations we like to eat,” said Paul Greenberg, author of the 2018 book “The Omega Principle.”

Republican state Sen. Bill DeSteph proposed a bill this year that would ban menhaden fishing in the bay. He said he understands that people in the community need to make a living.

“I’m just asking them to do it out in the ocean,” he said.

But Monty Deihl, Omega Protein’s vice president of operations, said the ocean is often too dangerous. Because the fishing vessels operate so close together, rough seas can be fatal, he said, noting that the company caught about 45% of its harvest last year in the bay’s calmer waters because of bad ocean weather.

“How do you tell these fishermen who get paid by what they catch that you can’t fish in the bay?” Deihl asked. “You’ve got to either risk your life in the ocean or come back to the dock and not get a paycheck.”

The company’s operation already has shrunk over the past couple of decades as catch limits have tightened. In 1999, it had 13 ships and roughly 300 employees, Deihl said. Today, there are seven ships and about 230 workers.

At age 54, Ball dreads the prospect of leaving a profession that he shared with his father, grandfather, great-grandfather and most of his brothers.

“I’m the only income in my house, and I got custody of my 8-year-old granddaughter,” Ball said. “It makes all the difference in the world for me to be on the water.”