BUSINESS Latest US tariffs on Chinese goods against Section 301: US media

Latest US tariffs on Chinese goods against Section 301: US media

The Trump administration has imposed a 10 percent tariffs on $200 billion worth of Chinese goods earlier this week, which are scheduled to rise to 25 percent by 2019. 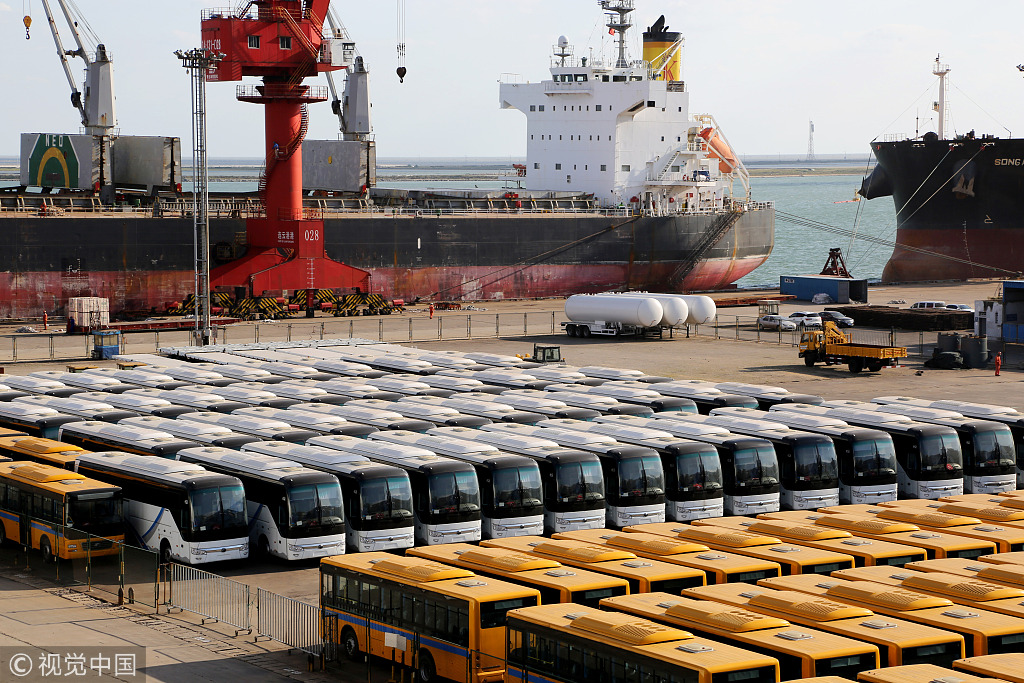 The latest US tariffs, together with the previous two rounds of tariffs on $50 billion worth of Chinese imports that have taken effect in July and August, have all been activated by the White House and US Trade Representative Robert Lighthizer citing Section 301 of the Trade Act of 1974, which is an obsolete US domestic law.

However, as US media The Hill pointed out on Friday, the latest round of US tariffs cannot be justified even with Section 301.

In the article titled "Is the China trade war legal?", Riley Walters, a policy analyst in The Heritage Foundation's Asian Studies Center, argued that Section 301 is very specific that any action taken by the trade representative (in this case, the tariffs) shall be "equivalent in value to the burden or restriction being imposed" by China.

The US administration's team of experts and economists alleged that the so called "China's unfair trade practices" cost the US economy 50 billion US dollars annually, but with the new round of tariffs that just went into effect, the US has effectively imposed "a $60+ billion fine for a $50 billion crime".

Based on that, Walters concluded that the Trump administration "appears headed to exceed those limits by billions."

Walters also pointed out that the US Constitution is clear that Congress is supposed to regulate commerce, not the White House.

"Either the White House has violated the vague limits set by Section 301 or Congress overstepped its constitutional authority in giving the executive branch authority that is too broad," Walters wrote.

"If the White House has no limit to how many tariffs, or restrictions, it can impose on China, then this is an unconstitutional delegation of congressional trade power," he added.