BOGOTA－Avianca Holdings, Latin America's second-largest airline, filed for bankruptcy on Sunday, after failing to meet a bond payment deadline, while its pleas for coronavirus aid from Colombia's government have so far been unsuccessful. 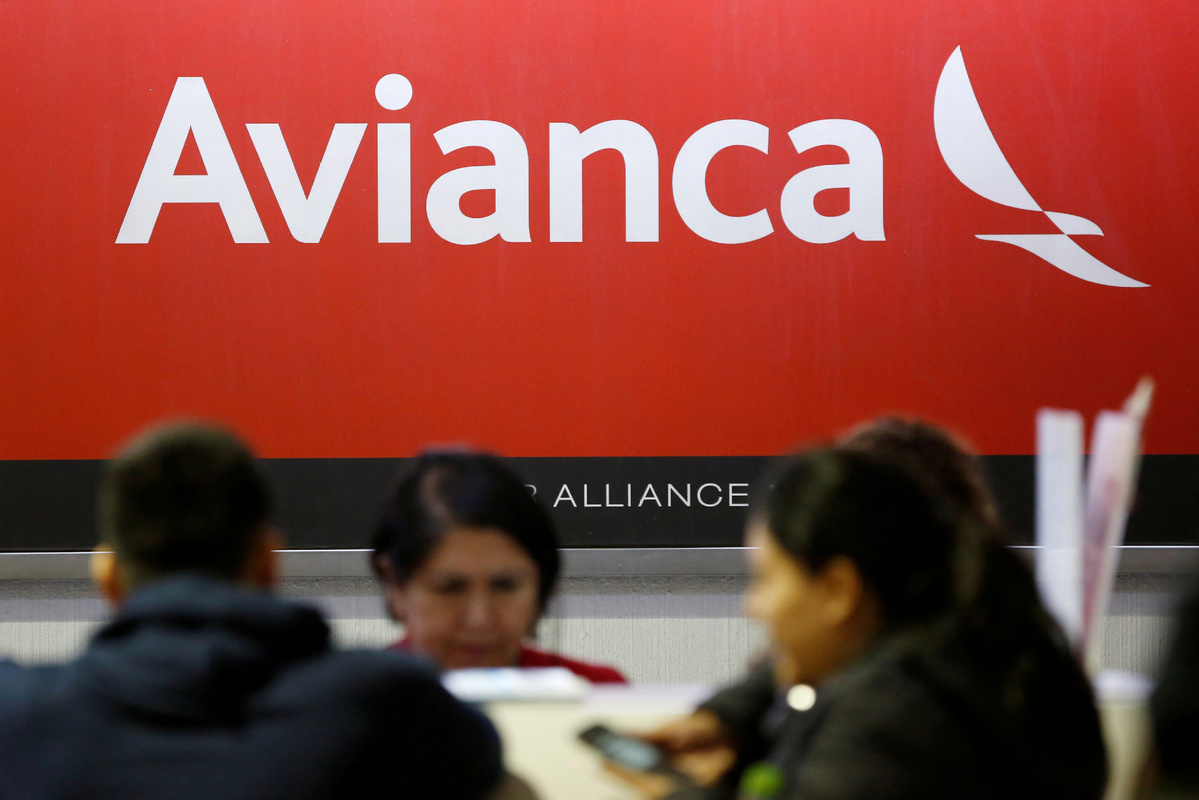 The logo of Avianca Airlines is pictured at a counter following the cancellation of Avianca flight 431, after El Salvador's President Nayib Bukele accused Mexico of allowing a dozen confirmed coronavirus (COVID-19) cases to board the flight due to leave Mexico City for San Salvador, at the Benito Juarez International Airport in Mexico City, Mexico, March 16, 2020. (Photo: Agencies)

In a statement issued in Bogota, Avianca said that along with "some of its subsidiaries and affiliates", it had asked to "voluntarily file for Chapter 11 of the Bankruptcy Code" in a New York court.

The process allows financially struggling companies to reorganize and restructure their debt.

If it fails to come out of bankruptcy, Bogota-based Avianca would be one of the first major carriers worldwide to go under as a result of the pandemic, which has crippled world travel.

Avianca has not flown a regularly scheduled passenger flight since late March and most of its 20,000 employees have gone without pay through the crisis.

While Avianca was already weak before the coronavirus outbreak, its bankruptcy filing highlights the challenges for airlines that cannot count on state rescues or on such rescues coming fast enough. Avianca is still hoping for a government bailout.

Avianca has no certain date to resume operations, as its main hubs－Colombia, El Salvador and Peru－have all shut down air traffic to fight the virus.

The company will also shut down its operations in Peru, which represent 5 percent of the airline's revenue, and will lay off hundreds of employees within the next 10 days.

The pandemic has dealt a crushing blow to the global aviation industry, which has been directly affected by confinement measures and travel restrictions.

According to the International Air Transport Association, Latin American airlines will lose $15 billion in revenue this year, the worst crisis in the industry's history.

Meanwhile, countries in Latin America continued to report increases in COVID-19 infections and deaths, indicating the epidemic has yet to hit its peak in the region.

Brazil, the hardest-hit country in the region, registered 496 deaths on Sunday, taking its death toll to 11,123, as 162,699 people have tested positive for the virus, registering a 6.8-percent mortality rate, said its health ministry.

Peru's Health Ministry on Sunday reported a total of 67,307 confirmed cases and 1,889 fatalities. A lockdown and a curfew is in place nationwide through May 24.

In Chile, health authorities on Sunday reported 1,647 new cases and eight deaths, taking the total number of confirmed cases to 28,866 and deaths to 312.

Chile had previously planned to issue a type of discharge card to patients who have recovered from COVID-19, enabling them to return to work. But it has decided to postpone the measure to avoid discriminating against people still affected by the disease.