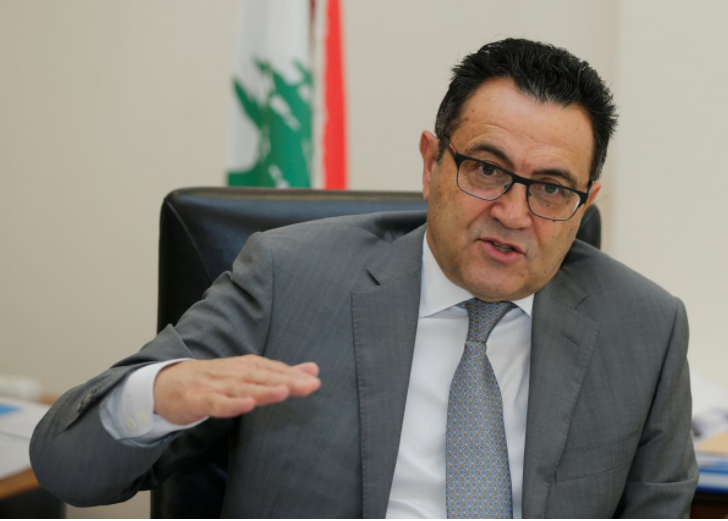 The Lebanese government will raise $700 million soon by issuing special bonds that will help it unlock a further $4 billion of international funding for infrastructure projects to boost the economy in the second half of the year, a top official said on Thursday.

Nadim Munla, senior adviser to Prime Minister Saad al-Hariri, said the local funding needs to be raised to release financing for 40 projects supported by the European Investment Bank, the World Bank and other institutions.

Heavily indebted Lebanon, which in 2017 passed its first budget in 12 years, has suffered from years of political deadlock that has hit growth and held up big decisions such as the long-pending move to raise the $700 million.

Unlocking the $4 billion in funding will help Lebanon’s economy while it negotiates with institutions over a separate capital investment programme to be presented to donors at an April 6 conference in Paris, Munla said.

Asked how soon the Lebanese economy would feel the benefit of the Paris “Cedre” conference - the centerpiece of government plans to revive the sluggish economy - Munla said “we are expecting a lead time of about 18 months”.

“But the impact on the economy will be felt before that simply because there is in the pipeline 40 projects - and the amount is about $4 billion - that will start and this pipeline is going to jump-start the economy starting 2018, second half.”

“We need $700 million local funding and there has been an agreement between the central bank, the Ministry of Finance, and the prime minister to issue special bonds for that,” he said.

“I would assume most probably before (May 6) elections most probably - after the approval of the budget - I think this will be the main agenda item.”

The government approved its draft 2018 budget earlier this month. Parliament has yet to approve it but officials have said they hope to pass it before the Paris conference to show donors that Lebanon is serious about reform and fiscal discipline.

Lebanon has one of the highest debt-to-GDP ratios in the world at about 150 percent. Growth has been low for years, undermined by war in neighboring Syria and political tensions. The International Monetary Fund (IMF) has long urged reform.

Lebanon this week finalised the $16 billion capital investment plan it will present in Paris. Phase one requires around $10 billion, Munla said.

“We believe that 30-35 percent of the (phase one) money needed will come from the private sector, so this leaves us with about a $6.5 billion-$7 billion funding gap,” Munla said.

In Paris, Beirut hopes to raise $1 billion in grants, more than a third of which will come from Arab countries. The four main Arab donors will “be Saudi Arabia, the Emirates, Qatar and Kuwait”, Munla said.

The $1 billion in grants will, through the World Bank’s Global Concessional Financing Facility, allow Lebanon to borrow up to $4 billion on favorable terms, he said.

The remaining few billion dollars could come from the European Union’s Neighborhood Investment Facility over the next eight years. “On a bilateral basis, Arab countries, Germany and Japan have promised they will do something to fund some of the projects included in the programme,” he added.

By raising this money Lebanon wants to kick-start the economy as a catalyst for sustainable private sector growth.

“For 10 years from today, every year the government is going to spend about $1.5 billion. That alone is going to create its own economic cycle, but that’s not enough. We all know that investment in infrastructure does not create sustainable growth. Obviously the private sector has to kick in,” he said.

“Provided the overall political situation around us improves, obviously.”

The Paris conference is expected to agree a long-term mechanism to ensure international commitments are met, but also to make sure that Lebanon follows through on reforms.

“I believe ... you are going to see a different way of doing business in Lebanon,” he said.