Toymaker The Lego Group said it plans to accelerate its expansion in China, building on the strong foundation of double-digit revenue growth in the first half of the year.

Niels B Christiansen, CEO of Lego, said on Monday that the company will open two flagship stores in China in the next few months. One will open in downtown Shanghai in September, and the second will be launched in Beijing in early 2019.

To date, Lego has established 36 certified stores via retail partnerships in China. Four opened in Wuhan alone in August. By the end of the year, the company will have up to 60 stores across 15 Chinese cities, with the new stores mostly located in second and third-tier cities. 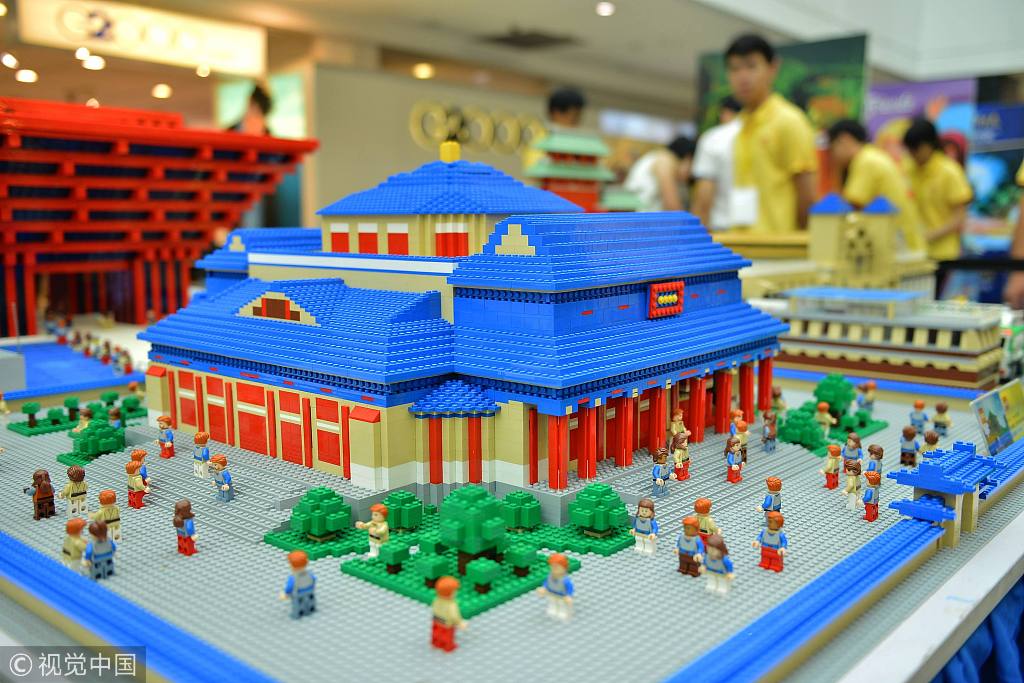 Lego announced its partnership with China's Tencent Holdings Ltd in May, launching its video channel on the internet giant's streaming platform. The two companies will roll out a video game product later this year, Christiansen said.

Jacob Kragh, senior vice-president at Lego, said that the company's construction toys have significant room for growth in China, as Chinese parents attach great importance to the value of learning through play.

As long as the toys are associated with education and are designed for children's wellbeing, there is "no limit" in terms of the money that Chinese parents are willing to pay for the toys, he said.

This focus on the Chinese market comes from the group's strong performance in the first six months of the year.

According to Lego's interim results released on Tuesday, its Chinese business continued to register double-digit revenue growth in the first half of the fiscal year ended on June 30. Western Europe only reported low single-digit growth, while revenue in North America declined slightly, partly due to changes in the retail landscape there, the company said.

Christiansen said the decline was mainly a result of US dollar weakening earlier this year. On constant exchange rates, opening profit was up 4 percent during the first half.

"We are satisfied with our performance given the challenges of the changing retail landscape, including the closure of Toys R Us in the United States, the United Kingdom and Australia," said Christiansen.

He said the group will invest more in innovative products, and seek to blend its physical and digital platforms to generate longer-term growth.