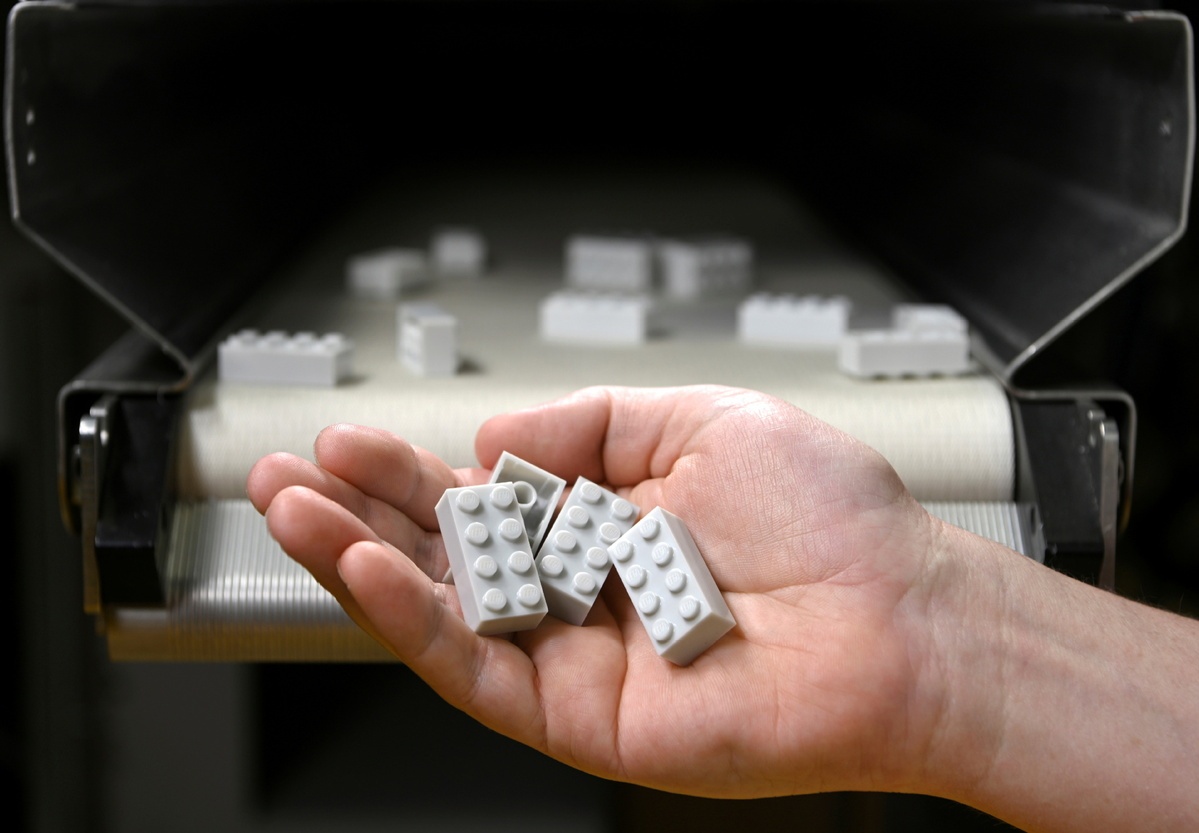 View of bricks fresh off production at Lego's materials and safety testing labs in Billund, Denmark taken at the end of May 2021. (File photo: Agencies)

The world's most famous brick is going green.

After six years of testing by almost 150 engineers and scientists, Danish toymaker Lego says it has developed an alternative to oil-based plastic for basically the only product it makes, toy building bricks, some 75 billion each year.

Lego, which uses some 100,000 tons of plastic in its products each year, said the recycled PET is sourced from suppliers who use processes approved by US and European food regulators.

The world's largest toymaker said on June 23 that it expects to bring the prototype bricks made from the bottles to market in 18 to 24 months after further testing and will continue to test the material on various brick types.

"We want to be a responsible user of plastic. We understand the concern that both children and adults have of plastic out there in the world and certainly plastic in landfill or in the environment and we believe that recycled material is one of the best ways to address that," he said in a statement.

Since 2018, the company has used biopolyethylene made from sugarcane for some of the less rigid parts of Lego sets, such as plants and trees. But Lego said using such materials for harder bricks has proven challenging while maintaining the shape, feel and safety for children.

Lego currently uses ABS plastic granules for 80 to 85 percent of all its bricks.

Developing the new bricks wasn't an easy task. All new materials have to interact with each other, and they also have to work with all previous versions of bricks dating back decades.

"The biggest challenge on our sustainability journey is rethinking and innovating new materials that are as durable, strong and high quality as our existing bricks — and fit with Lego elements made over the past 60 years. With this prototype, we're able to showcase the progress we're making," said Brooks.

There also was the need to find recycled material that matches the "clutch power" of Legos' original bricks, which allows them to stay stuck together but be reasonably easy to take apart.

Brooks told the Financial Times in 2018 that Lego had a "dating game" in which it tested all possible new materials with each other to find out, for instance, if a mini-figure head stayed stuck on to a body in hot or cold conditions.

So far, the bricks have a slight gray tint, but the company said it is refining the material color and how the bricks grip together.

"What we're still working on is the fact that we want to be able, of course, to color it into this bright green color from this gray," said Brooks.

Lego has a target of eliminating by 2030 all oil-based plastics from the pieces it produces each year. It has applied for a patent on its mix of recycled plastic bottles and a strengthening additive.

Rival toymaker Mattel, best known as the maker of Barbie dolls, in 2019 announced it aimed to produce its plastic toys from recycled, recyclable or biomass plastics starting in 2030.

The privately held Billund, Denmark-based company said in March that in 2020

sales of Lego sets surged as more children stayed home during global pandemic lockdowns and parents bought the colorful plastic brick toys to keep them entertained through days of isolation.

The company said its net profit rose 19 percent to 9.9 billion kroner ($1.6 billion) as sales jumped 21 percent and it expanded in its 12 largest markets.

Lego has 570 stores around the world carrying the toymaker's logo, and CEO Niels Christiansen said the group was sticking to its plan to open an additional 80 stores in around 20 cities in China, which "remains a strategic growth market". The company plans to have 300 stores in China by the end of this year, CNBC reported in March.

Lego was founded in 1932 by Ole Kirk Kristiansen. The name is derived from the Danish words leg godt, which mean "Play Well" — the brand name was created without knowledge that the word Lego in Latin means "I assemble".