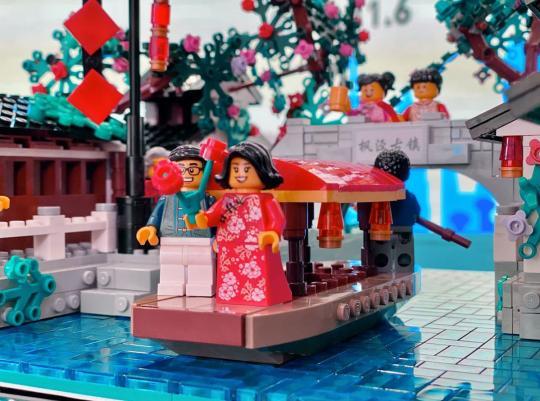 Toy maker LEGO Group is looking to add 80 LEGO branded retail stores in the Chinese mainland next year, a move that is part of efforts to take its tally of stores in China to 300 by the end of 2021, according to a senior company executive.

The company debuted four new sets inspired by Chinese culture at the 3rd China International Import Expo, the largest display of new products in its three years at the CIIE, said Paul Huang, senior vice-president of the LEGO Group and general manager of LEGO China.

"With novelties rooted in Chinese cultures and values, this year's innovation is more reflected in the angle and granularity of storytelling," Huang said in an interview on the sidelines of the CIIE.

He explained that the sets dubbed "Story of Nian" and "Spring Lantern Festival" aim to familiarize children with the traditional Chinese New Year through LEGO's bricks. The design features brick-built Chinese residences with traditional decorations.

Huang expects these global debuts at the CIIE to gain traction among Chinese customers, notably those from fourth- and lower-tier cities that have contributed to one-third of LEGO's new store openings in China so far this year.

Since the 2nd CIIE which was held in November 2019, the number of LEGO branded retail stores in the Chinese mainland has almost doubled to 207 by the end of October.