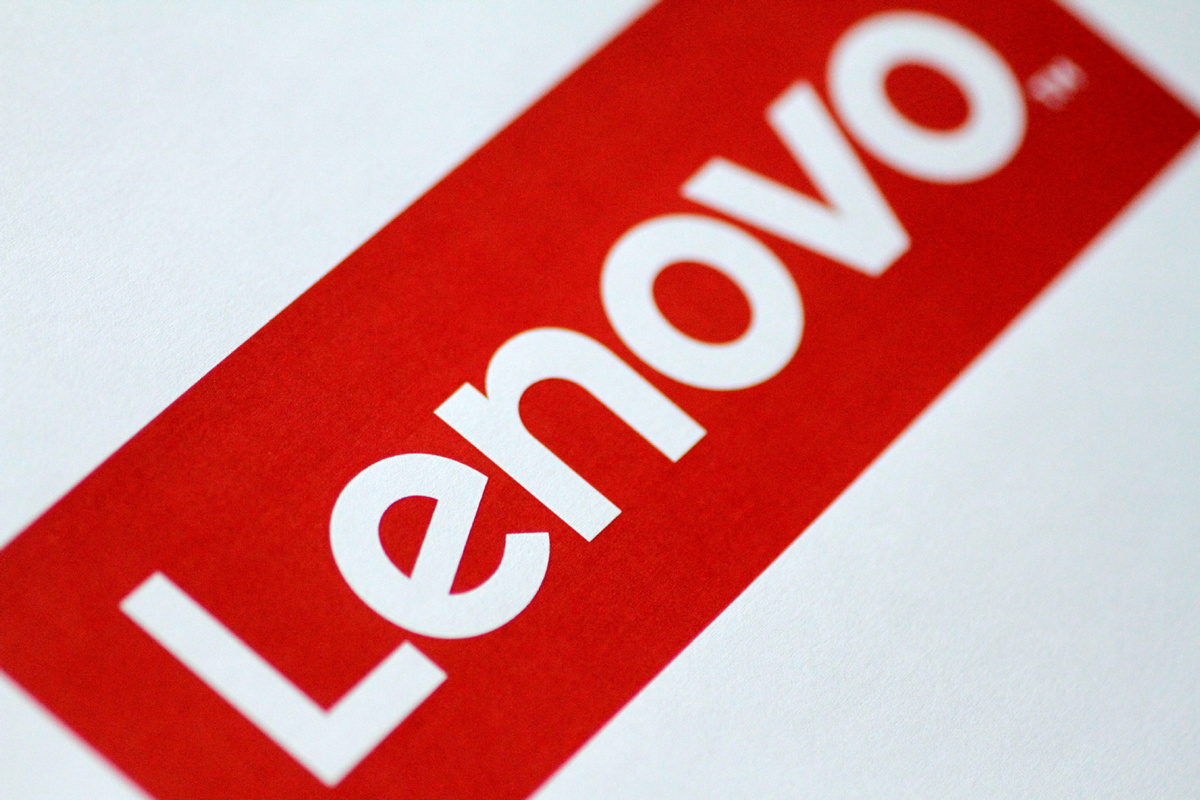 The Lenovo logo is seen in this illustration photo Jan 22, 2018. (Photo: Agencies)

The investment in research and development grew 40 percent year-on-year, and will continue to increase the investment, aiming to double the R&D spending within three years.

According to the financial report, the revenue of SSG reached 7.65 billion yuan, jumping 38 percent from a year earlier, and its operating profit was 1.7 billion yuan, surging 51 percent year-on-year.

The company's PC business showed a strong performance, with market share remaining No 1 worldwide. Its non-PC business has grown rapidly to account for 18 percent of IDG's total turnover.

ISG achieved its best performance in five years, with revenue of 11.67 billion yuan, and the company took the third spot in the global X86 server market.