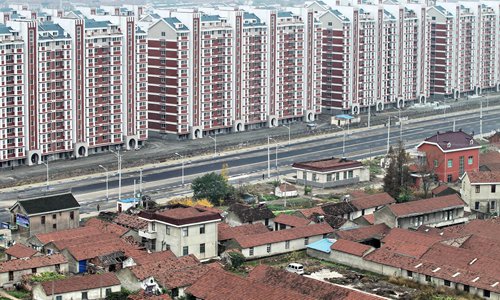 According to data from the website of the People's Court Announcement, 274 bankrupt statements had been released as of Wednesday this year. Most of those cases involved small and medium-sized companies.

Rising financing difficulties are a primary reason for the bankruptcy of small and medium-sized housing enterprises, experts said.

After rapid growth in recent years, the housing industry has become overheated, Zhang said, and local governments have taken steps to head off bubbles in the property market.

Data released by the National Bureau of Statistics (NBS) on July 15 showed that prices of commercial housing in 70 mid-sized and large cities were mostly stable in June.

It's normal for small and medium-sized enterprises that have operating difficulties to go bankrupt when the competitiveness of an industry keeps rising, Hui Jianqiang, a veteran industry analyst, told the Global Times on Thursday.

Amid the China-US trade war and the Chinese economy's downward pressure, stability in the real estate sector could provide support to the economy as a whole, Hui noted.

China has the largest real estate developers in the world. Five real estate companies listed on the Fortune Global 500 released on Monday are all from China, such as Evergrande Group and Country Garden, reported nbd.com.cn on Thursday.