Premier Li Keqiang called for efforts to jointly safeguard multilateralism, free trade and an open, inclusive world economic system during a meeting with Klaus Schwab, founder and executive chairman of the World Economic Forum, on Monday. 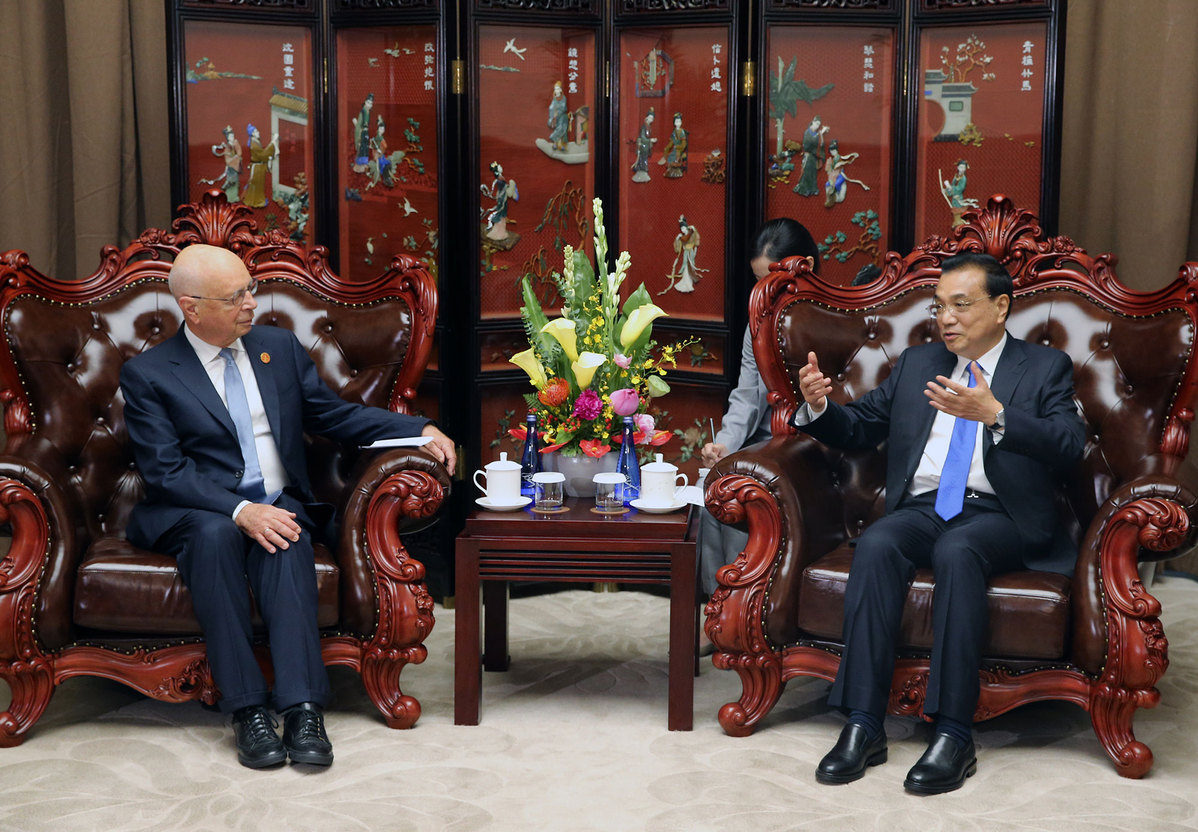 Premier Li Keqiang meets with Klaus Schwab, founder and executive chairman of the World Economic Forum, in Dalian, Liaoning province, on Monday. Their meeting was on the first day of the WEF's Annual Meeting of the New Champions 2019. (Photo: China Daily)

Li, who is in Dalian to attend the WEF's Annual Meeting of the New Champions 2019, also known as Summer Davos, highlighted the importance of seizing opportunities from the new round of industrial revolution and creating new opportunities for the world's new champions.

"In the course of past decades, our two sides have forged close cooperative relations, and we look forward with great interest to future cooperation with the WEF," he said.

Schwab also hailed the quality cooperation between the forum and China over the past 40 years.

The forum will remain committed to achieving sustainable development goals and considers working with China to be of great importance, he said.

He also expressed willingness to work with China to move bilateral cooperation to a higher level and better serve China's development.

The 13th Summer Davos, on the theme "Leadership 4.0: Succeeding in a New Era of Globalization", started in Dalian on Monday. More than 1,800 delegates from over 100 countries－representing government, business, civil society, academia and the arts－are attending, according to the WEF.

"We are entering into a new phase of globalization, which we may call Globalization 4.0," Schwab said in a statement

"The Fourth Industrial Revolution will shape the next years of global cooperation. In Dalian, at our Annual Meeting of the New Champions, we will look for solutions to ensure that our future is human-centered, inclusive and sustainable," he said.

Premier Li, who is scheduled to give the keynote speech at the forum's opening ceremony on Tuesday, also met with Georgian Prime Minister Mamuka Bakhtadze and Bulgarian President Rumen Radev in Dalian on Monday.