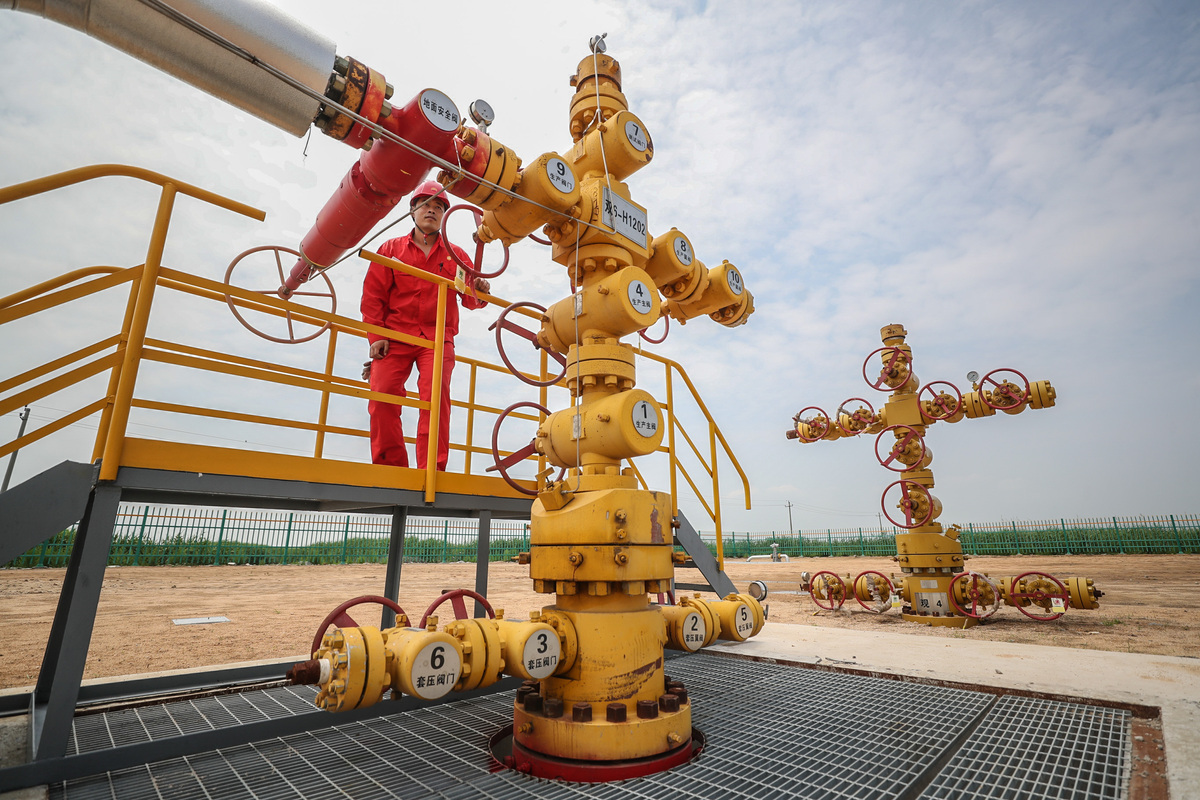 An employee checks equipment at a gas storage facility in Liaohe oilfield in June. [Photo/Xinhua]

Built by China National Petroleum Corp — the country's largest oil and gas producer and supplier — the Liaohe gas storage facility is responsible for the seasonal peak regulation of natural gas for Beijing, Tianjin, Hebei and the northeastern regions of the country.

An analyst said China's oil and gas suppliers are making every effort to secure enough supply for the upcoming winter, from filling up storage sites to ramping up domestic gas production.

"China is accelerating its natural gas storage build-out to tackle the seasonal and geographic supply-demand imbalance, which still has massive potential to develop," said Li Ziyue, an analyst with BloombergNEF.

According to Li, the Liaohe oilfield has also been pursuing green and low-carbon development while increasing production.

As part of green transition efforts, the oilfield has been pushing forward the integration of solar, wind and geothermal power at the oilfield as the country is going full throttle on its green energy transition to peak carbon emissions by 2030 and achieve carbon neutrality by 2060, he said.

The oilfield has installed solar panels to provide low carbon power for the pumping units as well as carbon capture, utilization and storage (CCUS) at the oilfield, to not only reduce carbon emissions at the site but also lower oil and gas production costs, said Li.

Taking advantage of the solar and wind power construction, the percentage of green power in the Liaohe oilfield is gradually increasing. The solar power facilities built on the oilfield have enabled annual generating capacity to exceed 20 million kilowatt-hours since 2021, it said.