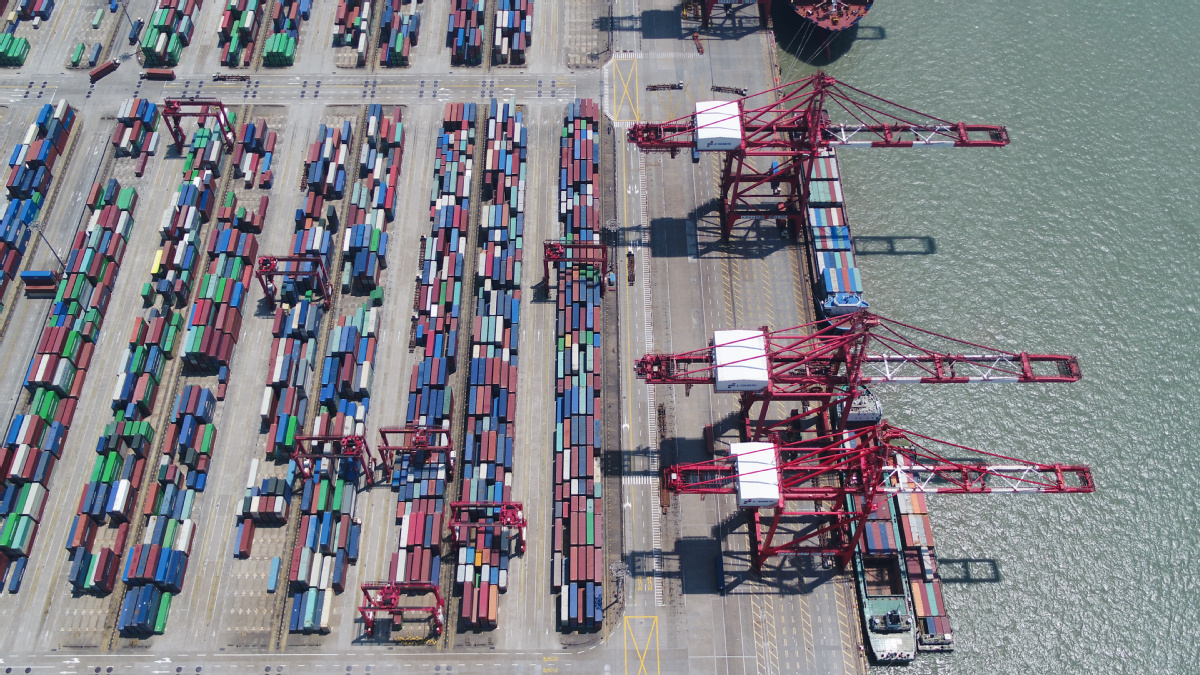 Despite the COVID-19 pandemic, Lingang still managed to attract 11 projects from industry leaders such as STAR Market-listed companies Advanced Micro-Fabrication Equipment Inc and Montage Technology, with total investment reaching 66 billion yuan ($9.5 billion). Zhu, of the Shanghai Development and Reform Commission, estimated total investment in integrated circuit projects in Lingang will exceed 100 billion yuan by the end of this year.

Yin Zhiyao, chairman and CEO of AMEC, said the company will build a semiconductor and material production base in Lingang. The technological innovation incubated in the area, combined with strong government support, will make Lingang a world leading center for the advanced integrated circuit industry, Yin said.

From the beginning of this year, companies specialized in key industries, such as integrated circuits, artificial intelligence, biomedicine and civil aviation, were levied 15-percent business income tax rates for five years after their registration in the area. Under the country's tax system, the business income tax rate is usually 25 percent.

Integrated circuit company Sitrus Technology was registered in Lingang in 2017. The company's marketing director Pan Chao said that it will apply for the favorable tax rate as long as the company achieves a certain level of production. The company will also be able to apply for further tax reductions once it is profitable, according to the country's tax regulations.

"The tax policy in Lingang, combined with China's overall tax regulations, will help companies to reduce their tax burden to the utmost. Therefore, companies can invest more in research and development as well as expand capacity, which is especially important for startups," Pan said.

The number of newly registered companies in Lingang surged 70 percent to reach 15,115 over the past 12 months, according to Lingang Special Area Administration. The registered capital of these companies topped 200 billion yuan, up 313 percent year-on-year.

The domestic market is not the only focus in terms of the development plan of Lingang. Efforts have also been made to make Lingang an ideal choice for foreign companies.

The Yangshan Special Comprehensive Bonded Area in Lingang was officially unveiled on May 16, and is the only one of its kind in China. Li Guo, deputy head of the General Administration of Customs, said unnecessary trade supervision or permits will be eliminated in Lingang to ensure the policies carried out in the area are competitive worldwide.

Chen Zhenchong, director of the FTZ and special control area department of the General Administration of Customs, further explained that imports can directly enter the Yangshan Special Comprehensive Bonded Area as long as they abide by Chinese laws and regulations and no special inspections or quarantine measures are required. In this sense, companies located in Yangshan can directly pick up and deliver goods. Companies based in Yangshan will operate based on the rule of self-discipline, and are exempted from extra inspections, he said.

On Aug 10, a total of 525 Mercedes-Benz cars worth 140 million yuan arrived in the Yangshan Special Comprehensive Bonded Area, marking the first batch of vehicles using the bonded warehousing policy in Yangshan.

"The bonded warehousing function realized in Yangshan can help carmakers and dealers to make their operations more flexible and efficient. Costs and capital pressure will also be largely reduced," Huang said.

The opening-up of the financial sector has also been a stimulus for Lingang's development, said Li Jun, head of the Shanghai Financial Regulatory Bureau. For example, the Shanghai head office of the People's Bank of China in early March started offering a favorable policy regarding cross-border renminbi settlement for companies. By the end of June, 66 companies based in Lingang had benefited from the policy.

The favorable business environment in Lingang has paid off. Faced with multiple challenges posed by the COVID-19 pandemic, Lingang still managed to attract more than $102 million in foreign investment during the first quarter, up a record 167 percent year-on-year.

Zhu of the Shanghai Development and Reform Commission said opening-up and reliable policies are crucial to building Lingang into a bridge linking domestic and international markets.

Efforts have been made in this regard. A framework plan for the development of Lingang was rolled out in early August last year, stressing the freedom of investment, trade, capital, transportation and employment. Based on this plan, the municipal government has come up with 78 detailed tasks, of which 45 have been completed so far. With the help of the central government, Lingang has issued a total of 107 policies to further facilitate trade and investment.

"It can be said that we have made a first successful step in building an open systematic structure in Lingang," said Zhu Zhisong, executive deputy director of the Lingang Special Area Administration. 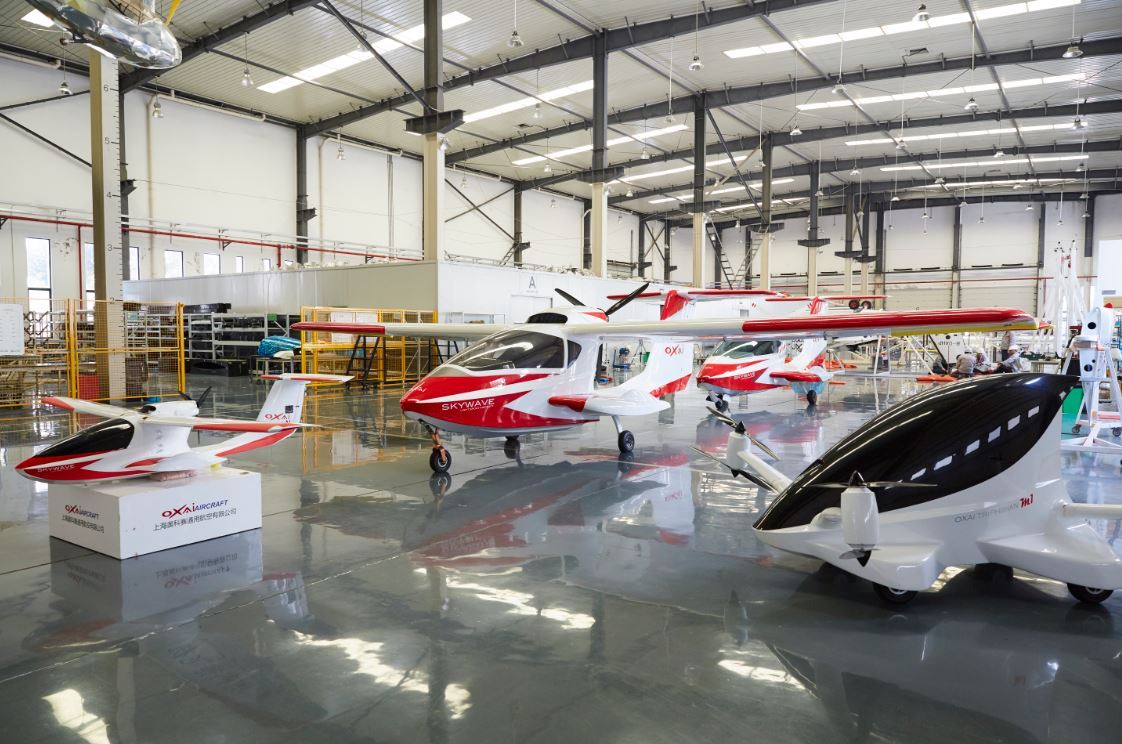 Amphibious light leisure aircraft made by Shanghai Oxai Aircraft Co are on display at the company's factory in the Lingang Special Area.

"When facing the domestic market, Lingang can lead the country's industrial reform and upgrading. In terms of the complete dual circulation, Lingang can enhance efficiency to link Chinese domestic demand with overseas markets," said Zhu Min, deputy director of the Shanghai Development and Reform Commission, at a news conference on Aug 13.

The concept of dual circulation was first raised on May 14 at a high-profile meeting of the Communist Party of China, presided over by Xi Jinping, general secretary of the CPC Central Committee. The Political Bureau of the CPC Central Committee reiterated during a meeting on July 30 the importance of the dual circulation growth model at a time when the country's economic development is faced with multiple complexities and uncertainties.

During a meeting held by the Standing Committee of the Shanghai People's Congress on July 31, city officials suggested that Shanghai should grow into the center of China's domestic circulation and be a strategic bridge connecting domestic and international circulation.

With an initial planned area of 119.5 square kilometers, Lingang Special Area was officially launched on Aug 20 last year, which marks the second expansion of the seven-year-old Shanghai FTZ. According to the State Council's plan, Lingang will grow into a special economic zone with strong global market influence and competitiveness by 2035.

But tensions have mounted in terms of global economic and trade relations in a year's time, which have been aggravated by the COVID-19 pandemic, said Zhao Xiaolei, director of the FTZ research institute at the Shanghai University of Finance and Economics.

While foreign direct investment will contract globally until 2021 and the profits of Fortune 500 companies are expected to generally decline this year, international economic and trade relations have undergone tremendous changes over the past 12 months. In this sense, Lingang should carry out a deeper and all-around opening-up to enhance the quality of economic development, which in the long term will help Lingang compete in the global marketplace, Zhao said.

To that end, a complete industrial cluster featuring pioneering industrial changes and core technologies should come into full swing in Lingang, Zhao added.