Lingang to fuel growth in Shanghai 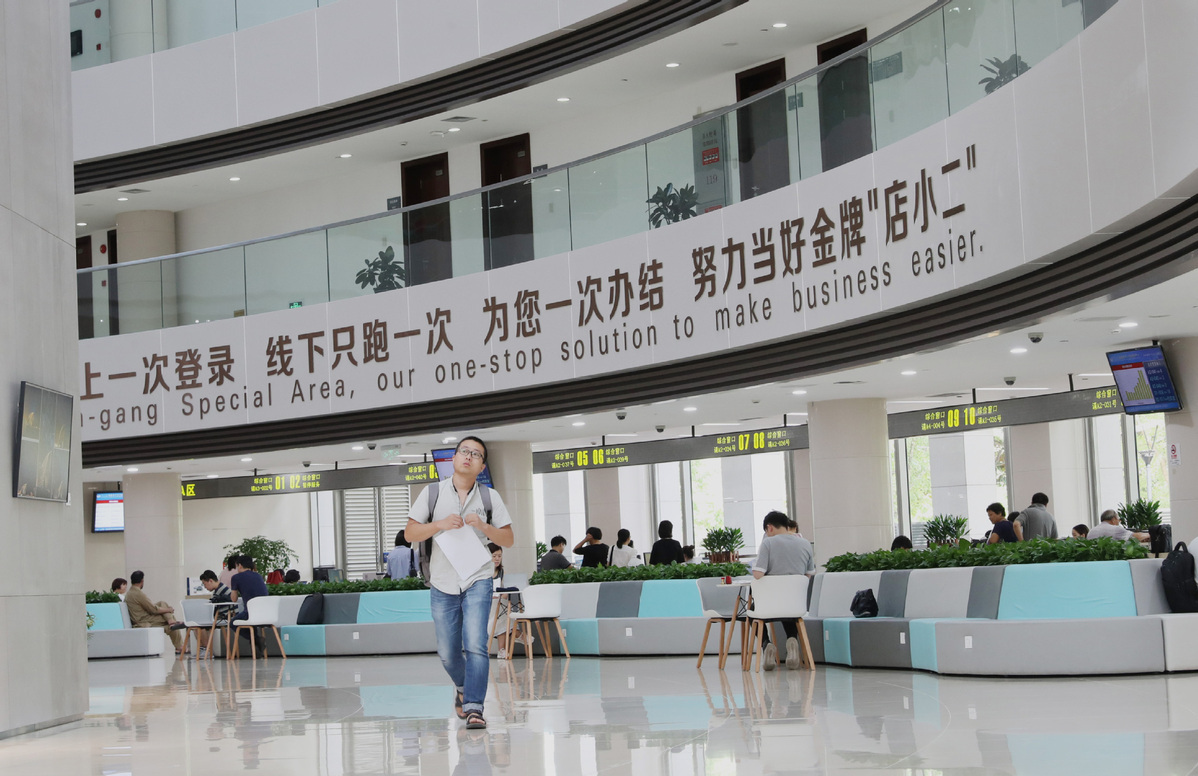 A view of the one-stop administrative service center of the Lingang Special Area of the Shanghai Free Trade Zone. (Photo: Xinhua)

Lingang Special Area, the newly included part of the China (Shanghai) Pilot Free Trade Zone, will leverage its new action plan to increase its appeal to industries and play a key role in sustaining the economic growth momentum in Shanghai, experts and officials said on Thursday.

Under the new development plan, the economic clout of the zone, which celebrated its anniversary on Thursday, will increase significantly by 2022. The average annual growth rates of the added-value of all industries will be 25 percent by 2022, said Chen Yin, vice-mayor of Shanghai, during a news conference on Wednesday. The total value of imports and exports in the area will exceed 115 billion yuan ($16.6 billion) by 2022, while the target set for container throughput is around 23 million TEUs (twenty-foot equivalent units).

The zone will house an internationally competitive industrial cluster featuring integrated circuit, artificial intelligence, biomedicine, and civil aviation companies, all of which will pillar the economic growth of Lingang, said Chen.

The area will attract more than 1,500 high-tech and innovation companies and have at least 20 regional headquarters of companies and institutions by the end of 2022, he said.

Liu Ping, chief engineer of the Shanghai Municipal Commission of Economy and Informatization, said that 140 industrial projects were set up in Lingang in the past year, with the total investment amounting to 200 billion yuan. By 2022, high-end manufacturing will be a highlight of Lingang, especially industrial internet, smart manufacturing and unmanned factories.

"Offshore trade is no longer about tax evasion. The practice is to put companies' decision-making, management, settlement and services in Lingang while other businesses are carried out offshore. It is crucial to nurture regional headquarters in Shanghai and make the city more important in the global value chain," said Shen.

Meanwhile, efforts will be made to expand the bonded maintenance services in Lingang, especially for the testing and maintenance of ships, planes, engines and even automobiles, said Shen.

With an initial planned area of 119.5 square kilometers, Lingang Special Area was officially launched on Aug 20 last year and marked the second expansion of the seven-year-old Shanghai FTZ.According to a State Council plan, Lingang will become a special economic zone with strong global market influence and competitiveness by 2035.

The Yangshan Special Comprehensive Bonded Area located in the southeast corner of Lingang was officially unveiled on May 16. Unnecessary trade supervision or permits have been done away with in Yangshan to ensure that the policies in the zone are comparable to those in other parts of the world.