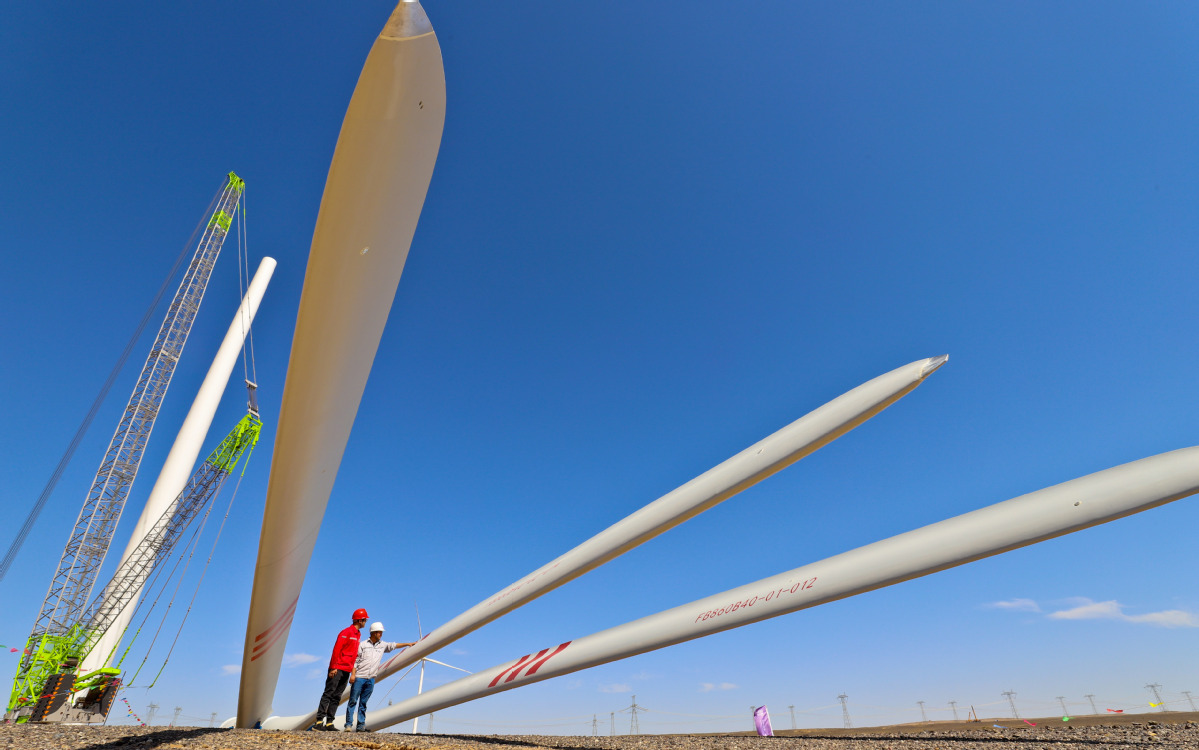 With a large number of Chinese companies rushing to fill their offices with the right people overseas, LinkedIn, a California-based professional networking platform provider, will upgrade the operation of its business-to-business, or B2B, in China to assist more domestic companies to increase their global presence, said an executive.

Many opportunities have been created by the stable growth of China's outbound direct investment (ODI) and its companies' desire to further compete with other foreign players in the global arena, as well as many countries' surging demand in their pursuit of sustainable urbanization and industrialization.

In addition to supporting more Chinese companies to either establish or develop businesses in overseas markets this year, LinkedIn has enhanced cooperation with external partners to build an ecosystem of services to empower the export business of Chinese enterprises and to carry out their "going global "moves, said Nancy Wang, head of talent solutions at LinkedIn China.

China's ODI rose by 9.2 percent on a yearly basis to $145.19 billion in 2021, while the country saw 560 newly signed foreign contracted projects with a value of more than $100 million, 46 more from the previous year, statistics from the Ministry of Commerce show.

In the meantime, Chinese companies' investment in software services notably surged in other parts of the world. Their investment in fields like technical services, manufacturing, transportation and residential services was also on the rise, indicating a diversified ODI portfolio.

"We found that IT and emerging industries, especially in the fields of cross-border e-commerce, mobile games and biotechnology, are willing to accelerate their 'going global' speed," she said.

Chinese enterprises, boosted by many countries' supportive policies, have already started operating many branches and manufacturing sites across the world, in particular those from the new energy and photovoltaic industries.

It is no secret that digitalization has become one of the main arteries powering the pulse of the global economy and also a strong driver of China's economic transformation, Wang said. Businesses now aim to serve not only domestic consumers but also overseas markets. Sectors such as consumer electronics, electric vehicles, smart manufacturing and wearable devices will be major forces to shore up China's ODI growth in the coming years, she added.

For instance, Contemporary Amperex Technology Co Ltd, a major electric vehicle battery maker, sealed a deal with the city of Debrecen in Hungary in early September to build its second European plant.

Echoing this positive sentiment, Wang noted that demand for "green jobs" will continue to move from oil and gas sectors to auto, agriculture, logistics and financial businesses in China, after the country put forth its goals of peaking carbon emissions by 2030 and achieving carbon neutrality by 2060.

There has been a significant uptick in demand for job postings requiring "green skills" such as pollution prevention, environmental policy analysis and ecosystem management, with sustainable fashion being the fastest-growing sector globally, according to LinkedIn's Global Green Skills Report 2022, released earlier this year.

The study found that jobs requiring "green skills" accounted for nearly half of all hires in China in 2021.

The transition will not only facilitate Chinese companies to build a better brand image when they grow in overseas markets, but also help them recruit and retain outstanding talent to enhance their competitiveness, Wang added.

To solve the demand and supply gap in green employment, detailed regulations, human resources specialists and standardized training are certainly needed, said Ding Rijia, a professor specializing in the green economy at China University of Mining and Technology in Beijing.

"Green growth and digitalization are changing commerce in many ways. We are seeing some businesses disappear or evolve. But at the same time, the creation of new brands and types of operational models is replacing some traditional roles," said Zhang Yongjun, a researcher at the Beijing-based China Center for International Economic Exchanges.

Entering the China market in 2014, LinkedIn is supported by over 19,000 employees and had 850 million registered members in over 200 countries and regions as of the end of August.