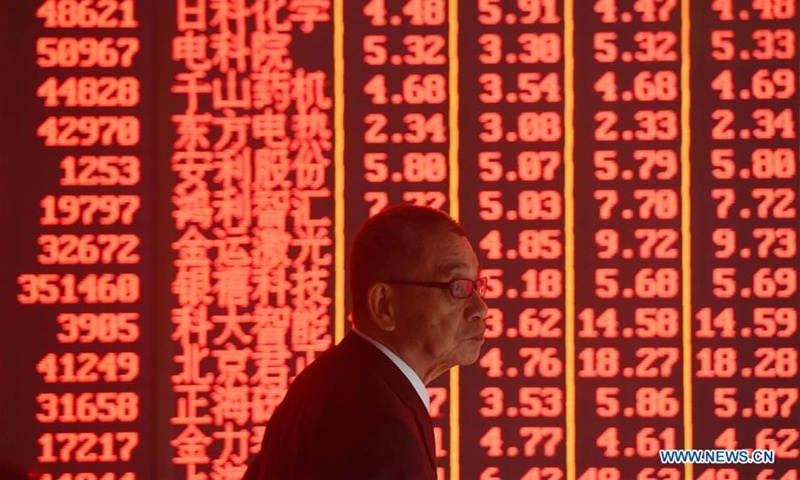 Companies listed on China's National Equities Exchange and Quotations (NEEQ), also known as the "new third board," raised 33.85 billion yuan (about 5.22 billion U.S. dollars) in 2020, up 27.91 percent year on year, a report from the exchange said.

Average daily turnover on the new third board surged by 57.44 percent from a year ago to 533 million yuan last year, according to the report.

By the end of 2020, funds raised by companies listed on the NEEQ totaled around 530 billion yuan, said the report.

A total of 8,187 companies were listed on the board by the end of last year, and the number of qualified investors amounted to about 1.66 million, 7.12 times as much as that at the end of 2019, according to the report.

Launched in 2013, the NEEQ intends to offer small and medium-sized enterprises a new financing channel with low costs and simple listing procedures.

China has outlined a series of reforms to better orient the NEEQ to the needs and features of small enterprises, and support the quality growth of the real economy.