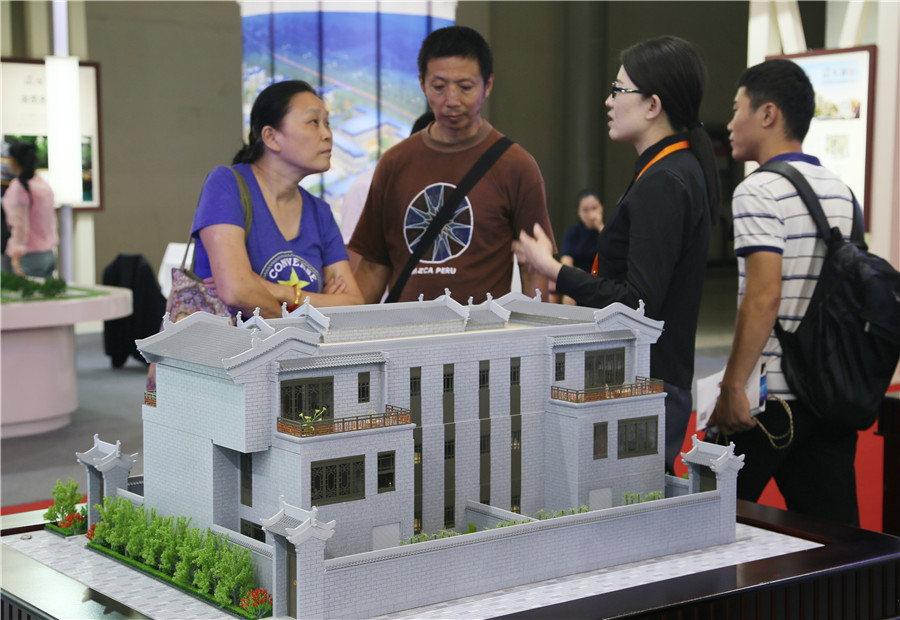 A saleswoman introduces a housing project at a property fair in Beijing on Sept 13. (Photo: China Daily)

As of Oct. 14, 30 listed property developers have released their sales performances in September, with a total sales volume reaching 440.1 billion yuan (about $63.6 billion), up 37 percent year on year, the journal said.

These developers' sales hit 3.5 trillion yuan in the first nine months of 2018, up 38.7 percent from the previous year.

"The sales of China's major property developers in 2018 will break historical records, but the sales growth has slowed down significantly compared to the previous year," said Zhang Dawei, chief analyst with Centaline Property.

The deceleration of listed property developers' sales growth is a result of China's regulations on the property market, Zhang added.

During previous years, rocketing housing prices, especially in major cities, fueled concerns about asset bubbles. To curb speculation, China has rolled out a spate of control measures, including restrictions on purchases and increasing minimum down payments for mortgages.

Seen as a major prop to the Chinese economy, the property sector has thus remained largely stable amid efforts to defuse financial risks.