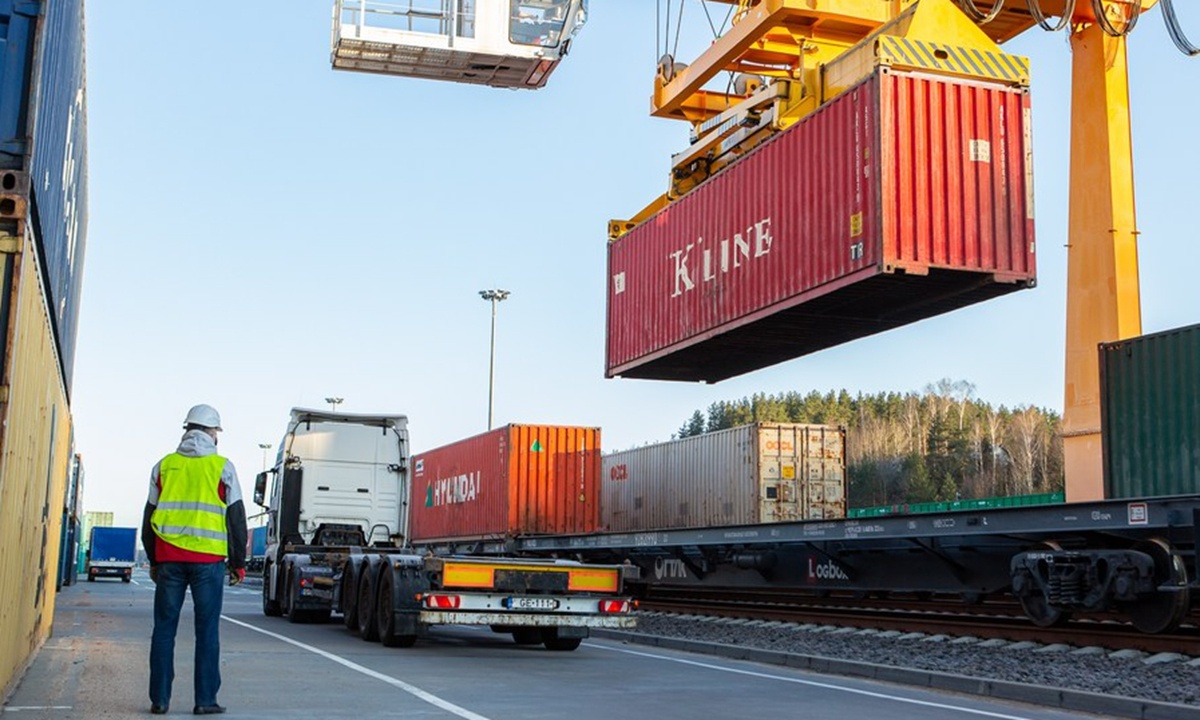 Amid rising diplomatic tension between China and Lithuania due to the latter's intentional violation of the one-China principle, the Baltic country's cross-border transportation of agricultural products may meet some barriers.

The Chamber of Agriculture of Lithuania told the Global Times on Tuesday that it was "very sorry for the situation that occurred lately."

The island of Taiwan said on July 20 that it had reached an agreement with Lithuania to establish a "Taiwanese representative office" in its capital, Vilnius, a very provocative move, as Chinese experts said it's a clear violation of the one-China principle and could lead to changing formal ties between China and the Baltic country.

Mindaugas Kuklierius, head of the International Department of The Chamber of Agriculture of Lithuania, told the Global Times on Tuesday via email that he was sincerely sorry for the situation that occurred lately.

Kuklierius stated that the bilateral relationship between China and Lithuania had made great progress before the diplomatic tension, such as getting access to the market of China for Lithuanian food and agricultural products, and extending bilateral cooperation in various fields.

However, the official didn't reveal the exact volume of trade that was affected.

According to data from the National Bureau of Statistics, Lithuanian exports to China reached $436.5 million in 2019.

"As China is becoming the world's largest consumer market and may surpass the US soon, Lithuania's vow to 'reclaim its interests from the island of Taiwan that the Chinese mainland doesn't have' was groundless," Wang Yiwei, director of the Institute of International Affairs at Renmin University of China in Beijing, told the Global Times on Tuesday.

Wang suggested that trade with Lithuania could be replaced by other trade partners. "Other Baltic countries may quickly fill the trade gap with China caused by Lithuanian diplomatic tricks, and it will only harm the international business of Lithuania itself," said Wang.

Yuyuan Tantian, a WeChat account affiliated with state broadcaster CCT, on Saturday, cited an authoritative source as saying that direct rail links between China and Lithuania will be suspended.

According to a report by The Baltic Times on Sunday, freight trains from China to Lithuania have been suspended. In addition, the report said that the State Food and Veterinary Service of the country said the process of approving new export permits to China had also stopped.

Dalius Trumpa, CEO of Lithuanian dairy group Rokiskio Suris, said in the report that if the trains are halted, there will be a question of how to deliver products to China. CEO of Lithuanian meat processor Krekenavos Agrofirma Linas Griksas also mentioned that cross-border businesses have become "hostage" to the growing political tensions.