BUSINESS Livestreaming gets a boost amid epidemic

Livestreaming gets a boost amid epidemic 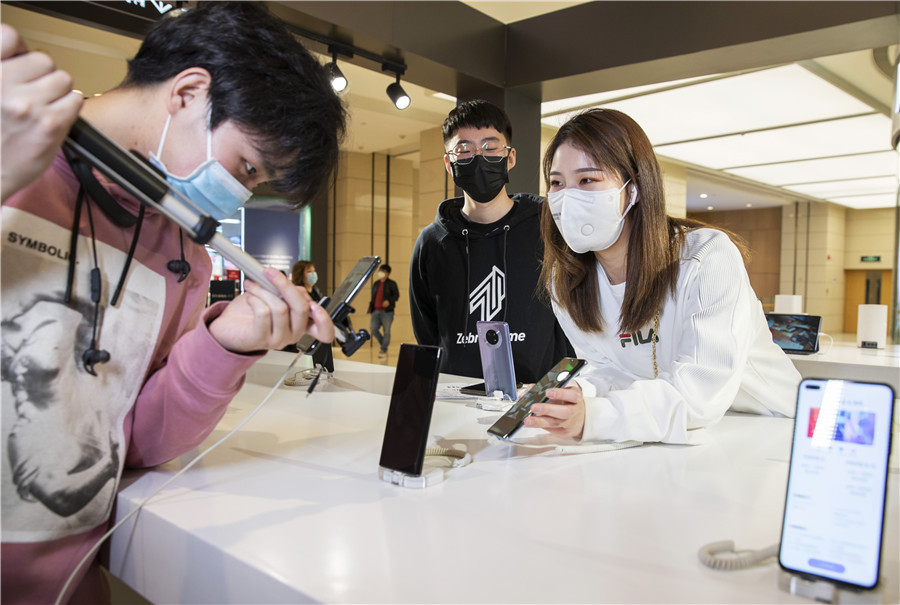 The traditional clamor coming from shopping malls and supermarkets has been decidedly subdued this winter as the novel coronavirus outbreak has confined many would-be shoppers to their homes.

But businesses have been thriving in the digital sphere, with more brands embarking on a growing marketing trend－livestreaming.

In the virtual broadcast showroom of Joyoung, a leading maker of small kitchen appliances, hosts introduce new features of a suite of gadgets that simplify cooking and food preparation. The campaign has become a daily routine since February.

"Since the outbreak began, we've added a number of broadcasts each day and prolonged the duration of each show by 10 percent," said Kang Li, who oversees the company's livestreaming unit.

On a month-on-month comparison, conspicuous growth has been seen in sales of soy milk makers, high-speed blenders, toaster ovens and dishwashers, Kang said.

Kang added that responses to its livestreaming shows have been "well beyond expectations", adding that fervid users snapped up "a sizable stock" of its steam-powered mops in just 30 minutes after the company invited online influencer Viya Huang to endorse and promote the product.