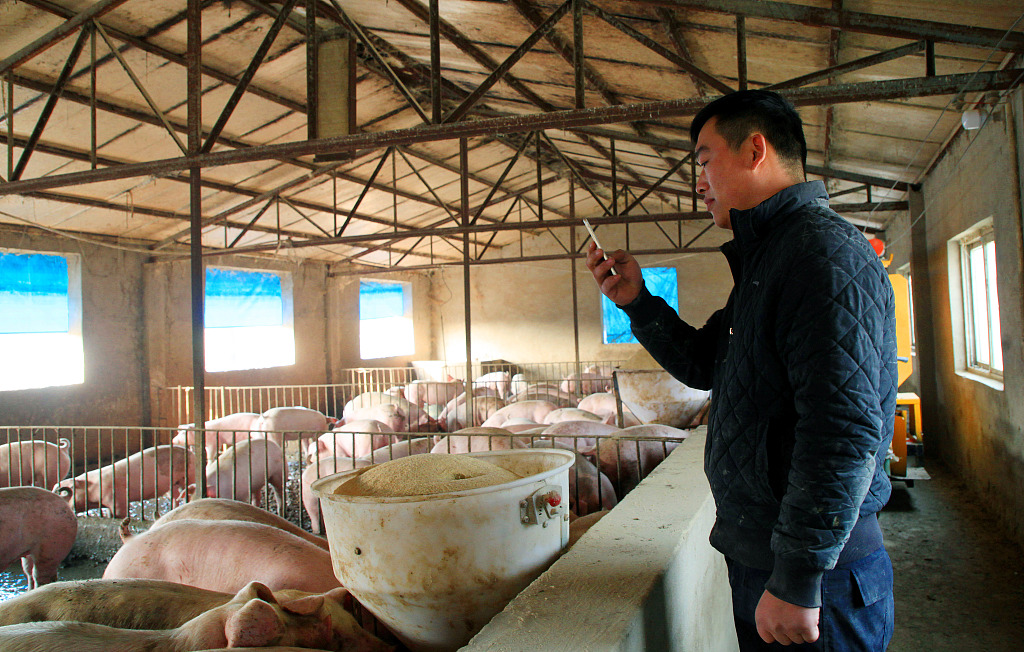 A native of Xihua County, central China's Henan Province, He, like many of his neighbors, has been growing peaches for more than three decades. Until two months ago, all his peaches were sold to dealers before reaching supermarkets and open fairs.

He tried livestreaming for the first time two months ago and felt extremely awkward. "I just took some shots of the peaches and then talked about their origin, quality and ripening time," said the 1.85-meter-tall man. "I kept looking away and stammering in the video."

"The customers don't even know who you are. How could they trust you and buy your peaches?" But now, he does it every day. In just one month, he sold more than 20,000 yuan of peaches. "Livestreaming rocks," he smiled.

He had thought about e-commerce before, but gave it up because it was "too complicated and time-consuming." But livestreaming has made it much easier, he just shares his WeChat account and customers can order directly from him.

"The customers always transfer me the money first and I will deliver the peaches the next day," said He. "They trust me and I should live up to that trust by sending them top-quality products."

Even the younger generation has returned home during the peach harvest season to help sell the fruit. "The customers are from all over the country, and the growers can make an extra 2 yuan per kilo compared with selling to the vendors," said Wu Dongliang, a local official.

Livestreaming has become a viable source of income as China's livestream industry boomed in recent years. According to a report published by the China Internet Network Information Center, China was home to 397 million users on multiple livestreaming websites by the end of 2018, and they have shown formidable purchasing power.

Over the past two months, Xihua County has organized three promotions through livestreaming. The one held in late June attracted more than 245,000 viewers in two hours, bringing local farmers thousands of orders worth over 2 million yuan.

"Xihua has many quality products and we hope they can reach more customers via modern media," said Hu Yongqing, a local official. "Our next move is to train 100 online celebrities in the next six months to better promote our products."