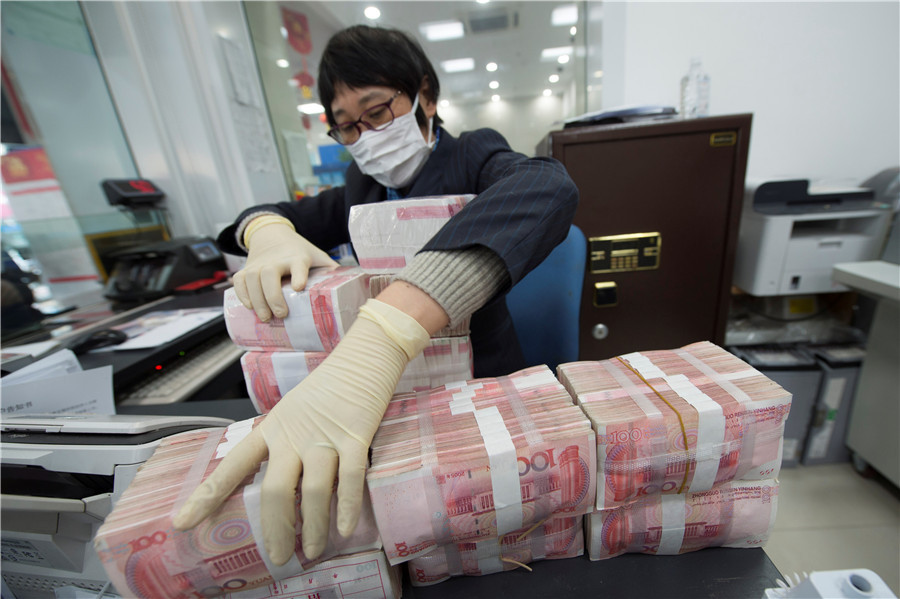 China has made a start in reversing excessive capital flows into the real estate market, with the top banking and insurance regulator's measures to rein in funneling of business loans into property financing bearing fruit.

"Property lending portfolio of lenders increased by 10.5 percent on a yearly basis by the end of April, with the growth rate hitting an eight-year low," said Liang Tao, vice-chairman of the China Banking and Insurance Regulatory Commission, at a news conference on Tuesday.

The country's top banking and insurance regulator, together with the Ministry of Housing and Urban-Rural Development and the People's Bank of China, took measures to prevent business loans from flowing into the real estate sector by requiring banks to strengthen borrower qualification verification, credit demand verification and the administration of intermediaries.

The CBIRC is also conducting inspections on banks, especially those whose large portfolio of business loans came on the back of their rapid growth.

During inspections, the regulator found that some companies and individuals took various measures to evade regulatory requirements, with the aim of using business loans for other purposes. Some borrowers fabricated transactions and the purpose of loans while some intermediaries helped borrowers circumvent banks' business loan requirements, said Liu Zhongrui, deputy director of the CBIRC's Statistics, IT and Risk Surveillance Department.

The authorities will impose strict regulations on banks and intermediaries that intentionally hide their problems or do not handle problems in a timely manner.

To strengthen banks' capability to withstand property market volatility, the regulator imposed caps on banks' exposure to property and mortgage lending, according to rules which became effective Jan 1, but there will be a transition period of two to four years for banks to implement the changes.

For the six large State-owned commercial lenders and the China Development Bank, property and mortgage lending exposure has been capped at 40 percent and 32.5 percent, respectively. Requirements vary for smaller banks, with caps being generally lower.

By the end of April, the proportion of banks' property loans to total loans had dropped by 0.5 percentage point on a yearly basis, falling for seven consecutive months, according to the CBIRC.

While large State-owned commercial banks reduced the proportion of their property loans to total loans, some regional small and medium-sized banks took this opportunity to increase market share and therefore saw a relatively fast growth in property loans, Liu said.

"The CBIRC paid close attention to this problem by creating a list of lenders whose new property loans accounted for a huge chunk of their new lending, and urged them to implement reasonable control of the property loan growth rate. Stricter regulatory measures will be imposed on those banks that do not make enough corrections within a specified time limit," he said.

Official data show that by the end of April, the outstanding balance of property trusts dropped by about 13.6 percent from a year earlier. The balance of wealth management products invested in nonstandard assets in the real estate sector also fell by 36 percent on a yearly basis.